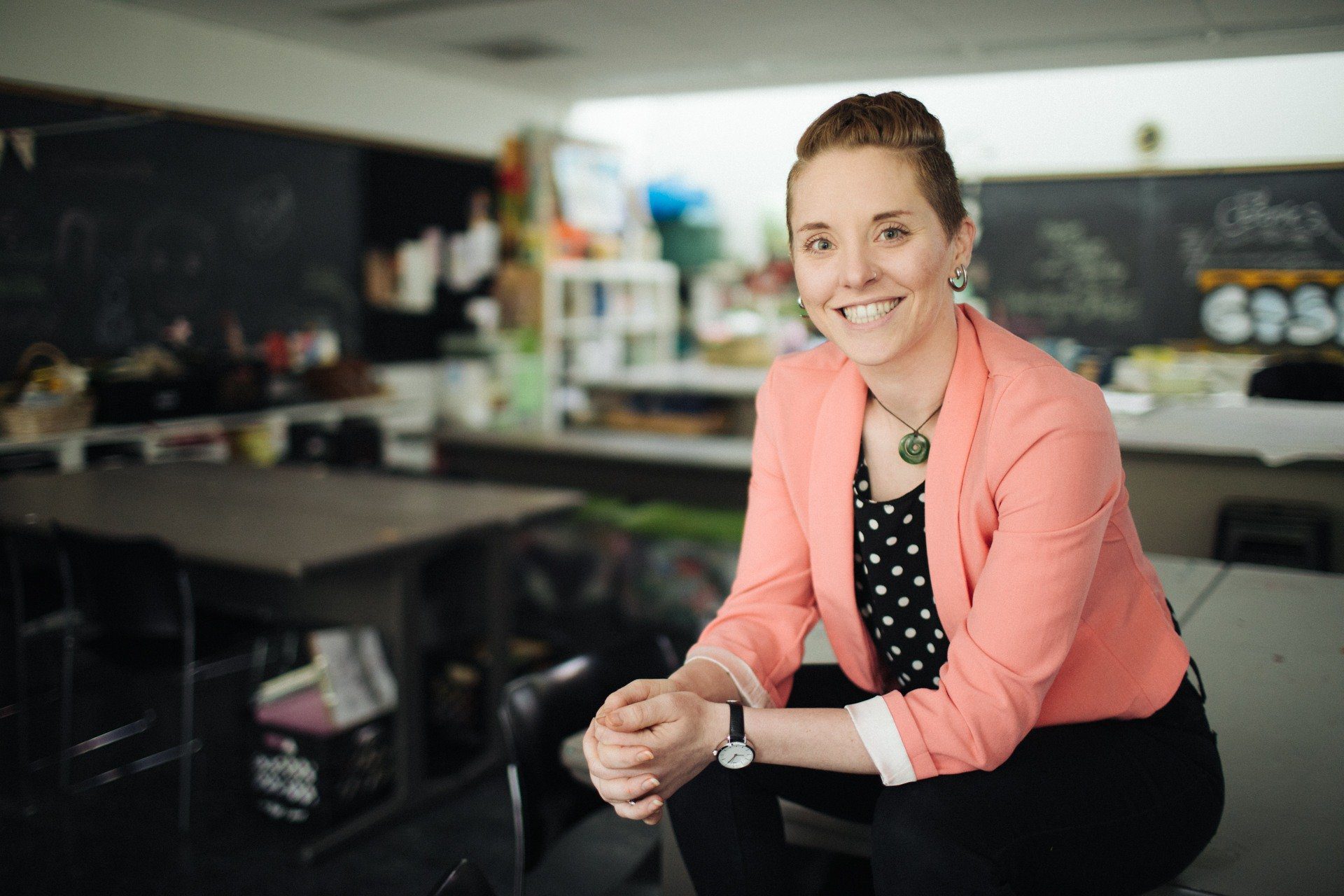 “Knowing what first responders do every day, I knew I had to give back,” says CommUNITY Arts STL founder Paige Walden-Johnson.

In a large multi-purpose room at the back of the Thomas Dunn Learning Center, Paige Walden-Johnson helps Erin McGrath Rieke lay long sheets of white paper across a table and atop the floor. A career dancer, Walden-Johnson seems to glide effortlessly as she gathers paper plates for Rieke to transform into painting palettes, with everything from sponges to plastic champagne flutes waiting to be dipped into a rainbow of colors and applied to the “canvases.”

But there aren’t any brushes — not a single one. Well, at least not immediately.

“When I give people brushes, they usually paint what they think they should paint. So I take away the brushes,” says Rieke, today’s Expressive Arts Anonymous instructor. The lack of brushes, she explains as the class of a dozen or so first responders and their children start piling into the room, allows people to focus more on their feelings and their creativity, rather than being stuck in what’s expected of them.

Walden-Johnson nods and adds that when it comes to working with first responders, throwing expectations out the window could save lives.

As the founder and executive director of CommUNITY Arts STL, Paige Walden-Johnson is dedicated to using the arts to help St. Louis-area residents from all backgrounds heal from the emotional effects of violence. Expressive Arts Anonymous, the organization’s most recent wellness series, is a bit more focused; it’s meant to assist emergency workers like firefighters, emergency medical personnel, police officers and more employ a variety of art forms to work through the trauma that they see or carry on the job. Walden-Johnson says she’s using the donation-based series to gauge interest from the first responder community and further collaborate on activities that may help them.

“Knowing what first responders do every day, I knew I had to give back. I don’t have a doctorate or a Ph.D., but I’m an artist, and I can still do something,” Walden-Johnson says.

Erin McGrath Rieke leads an Expressive Arts Anonymous session that helps emergency workers use art to process the trauma that they see on the job.

Walden-Johnson launched CommUNITY Arts STL in 2017 after her friend, fellow dancer Rain Stippec, was shot eight times while sitting in a parked car with a St. Louis fire captain. Initially intending to organize a concert to raise money for Stippec’s recovery, Walden-Johnson later transformed CommUNITY Arts STL into a year-round nonprofit that partners with local organizations to produce meaningful responses and solutions to violence.

It wasn’t until after she witnessed a fatal motorcycle accident and how the emergency responders were professional but a bit detached that Walden-Johnson realized first responders could use some relief, too. Because responders continually help with difficult situations, society often views firefighters, police officers, and emergency room doctors and nurses as invincible. As a result, many leadership teams often urge first responders to “toughen up” instead of talking about how the traumas they regularly deal with affect their job performance or their physical and mental health over time.

One study found that around 30 percent of first responders develop mental health conditions, including post-traumatic stress disorder (PTSD) and depression — 10 percent more than the general population. And in 2018, 159 police officers in the United States committed suicide.

While the arts aren’t a cure for these hardships, they can ease some of the darkness. According to Arts and Minds, an arts and mental health charity in the United Kingdom, people who attended creative workshops saw a 73 percent decrease in depression and a 71 percent drop in feelings of anxiety. The British secretary of state for health and social care is even considering enabling doctors to prescribe artistic endeavors as a treatment for mental health issues.

Statistics like these swayed Walden-Johnson to conceive a creative workshop series for CommUNITY Arts STL that would empower local first responders to relieve some tension and process the difficult things they’ve dealt with. “There is a stigma for first responders that they have to be strong for the community. But we have to realize they’re human. Everyone needs self-care,” she says.

By inviting first responders to bring loved ones to Expressive Arts Anonymous classes, Paige Walden-Johnson removes one more roadblock to their self-care.

Walden-Johnson has struggled with mental health issues herself. And while she’s been a dancer for her entire life, she previously hadn’t used it as a way to empower herself – only as part of a project or for an audience. After a counselor encouraged her to explore art as a way to heal, she started to understand the power it could hold.

“When I was able to make art for me, that’s when it really transformed,” Walden-Johnson says. “And then I wanted others to feel the same and get the empowerment of being able to talk about themselves in a different way.”

Walden-Johnson began to connect the dots between how first responders who have healing outlets could benefit themselves as well as those they help. With guidance from the emergency community, Walden-Johnson launched the Expressive Arts Anonymous series in which first responders can anonymously attend artistic classes to help them process trauma in a safe environment away from the stigma that exists at their jobs. To Walden-Johnson’s knowledge, it’s the first program of its kind in Missouri.

At Thomas Dunn Learning Center, today’s Expressive Arts Anonymous class focuses on painting, but other creative disciplines are available throughout the series, including yoga, dance and poetry. Walden-Johnson will explore additional ideas as time marches on, and she and the CommUNITY Arts STL board members — a mixture of artists and emergency responders — frequently survey class attendees about what else the series might offer.

One idea that came directly from first responder feedback is currently unfolding at Thomas Dunn — family sessions. Emergency personnel have shared with Walden-Johnson’s team that because of their hectic jobs, family time often is limited. By inviting loved ones to join the first responders in artistic classes, Walden-Johnson removes one more roadblock to their self-care.

Paige Walden-Johnson says that first responders often are seen as invulnerable, but “Everyone needs self-care.”

And painting is already one of the more successful events, she’s discovered.

In today’s class, Walden-Johnson watches as a woman who recently returned from combat paints an American flag with the words “Never Forgotten” sandwiched between red stripes. Two boys under five mix together every color to create brown while their mom crouches on the floor beside them. And a police sergeant hugs one of his officers while his daughter jumps around the room, excited to start painting. The classmates talk about their jobs, but they also talk about what the day will entail and how happy they are to be spending time with their kids.

This is what Walden-Johnson loves to see, and it’s what she’s eager to bring to an even wider community. She says that CommUNITY Arts STL soon will provide transportation to youths in lower-income communities so they can participate in similar healing arts programs, and the organization is partnering with a local nonprofit to provide access to the arts for survivors of violence.

But like healing, developing meaningful programs can be a long process. 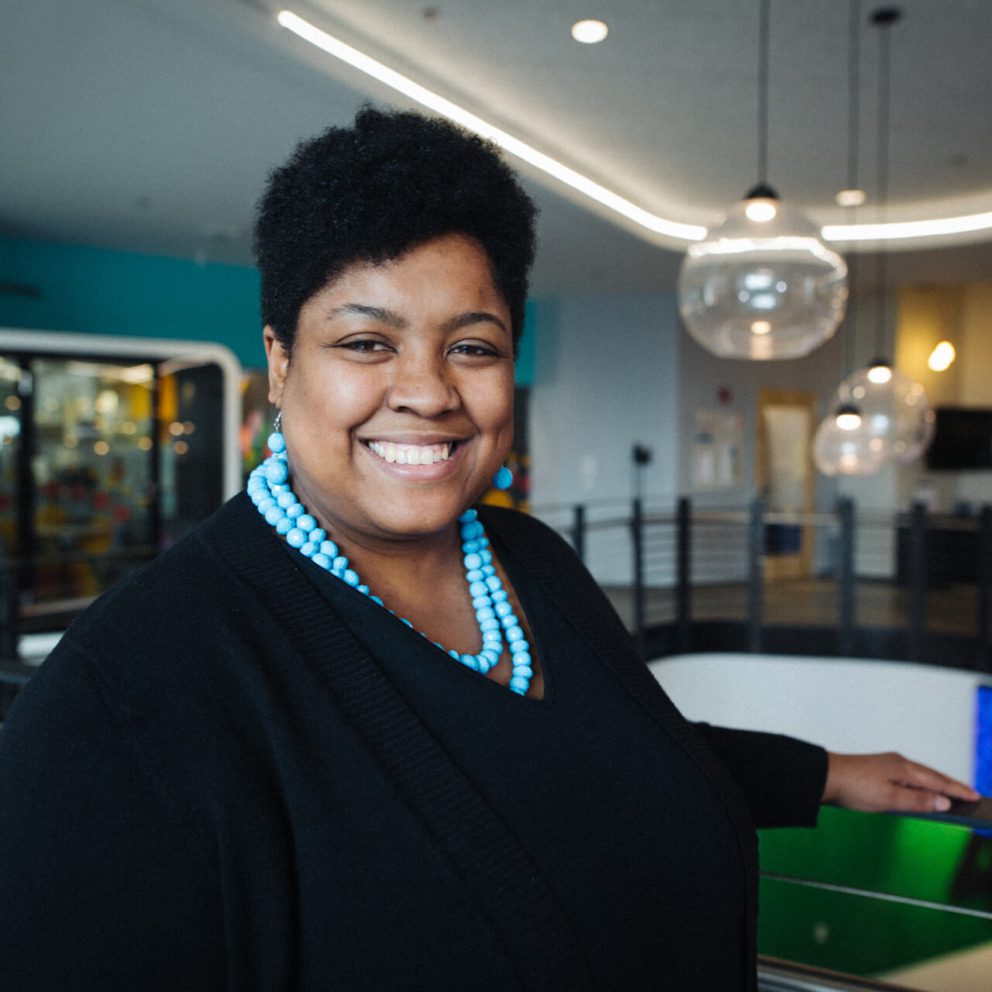 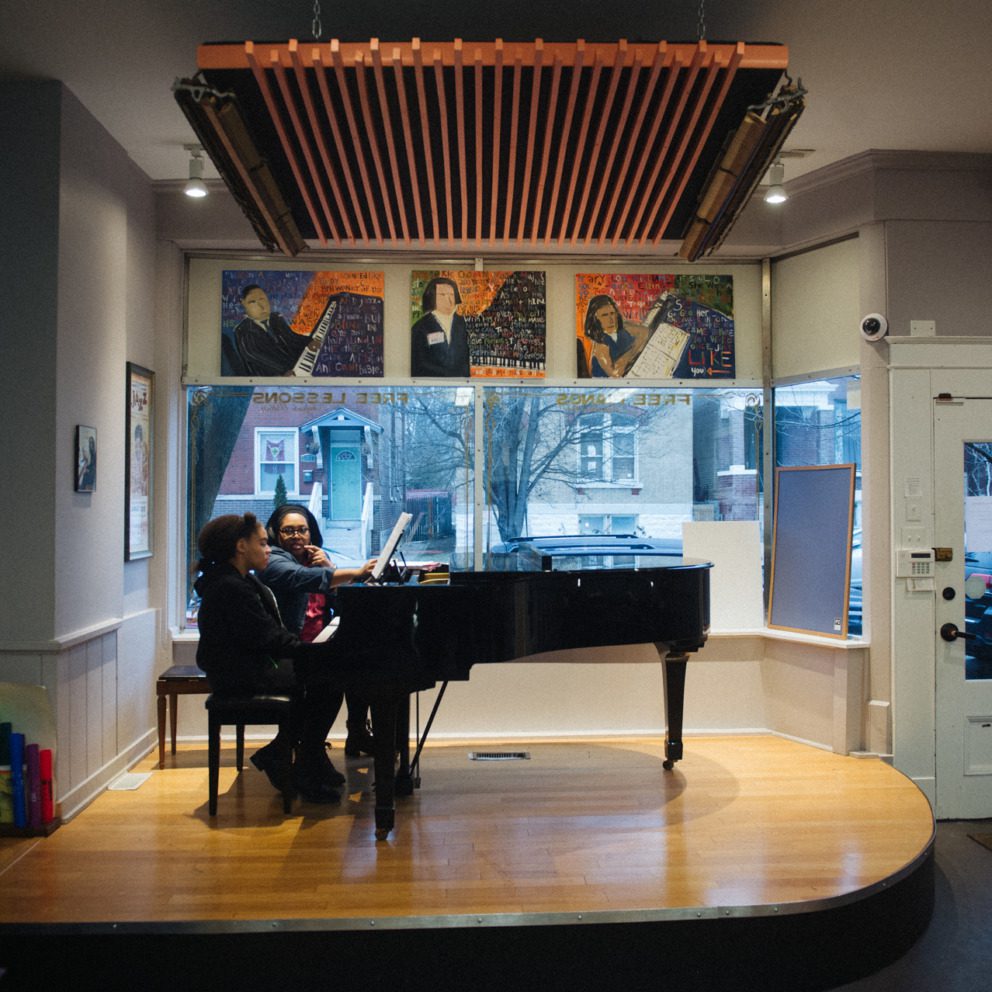 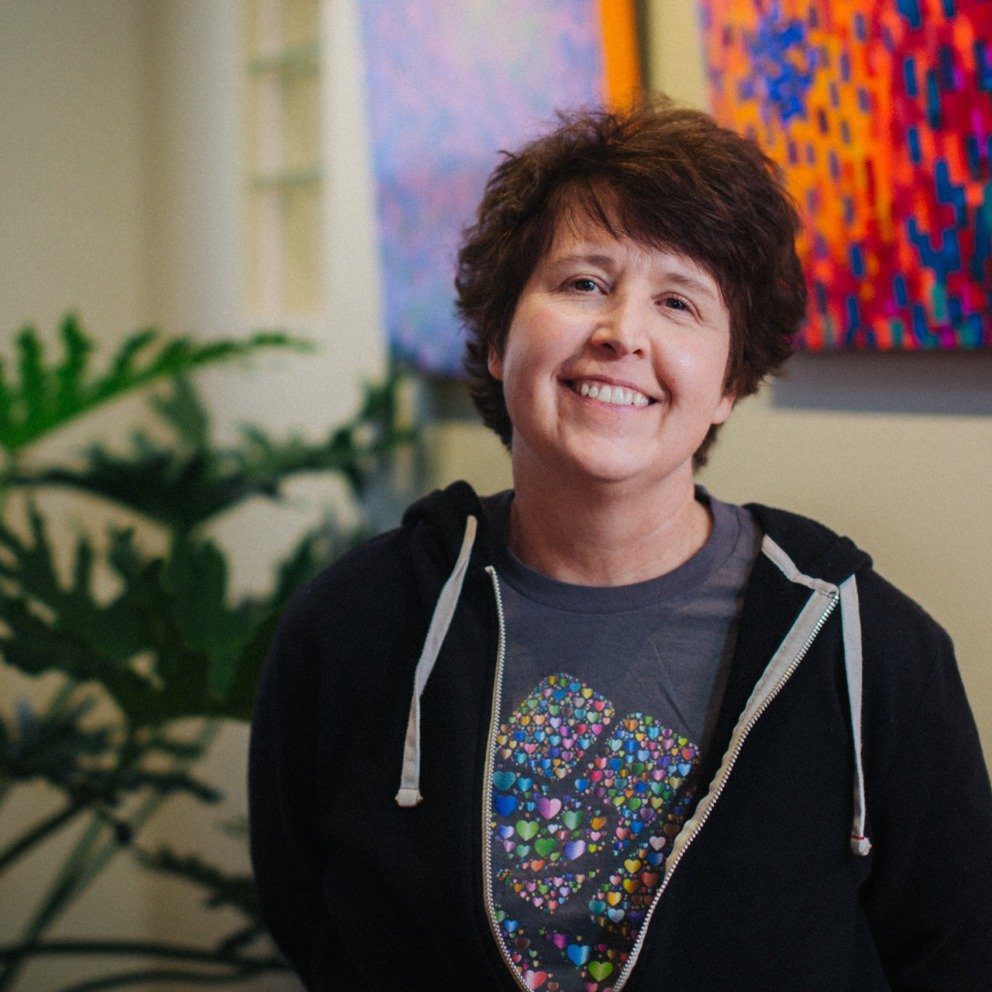