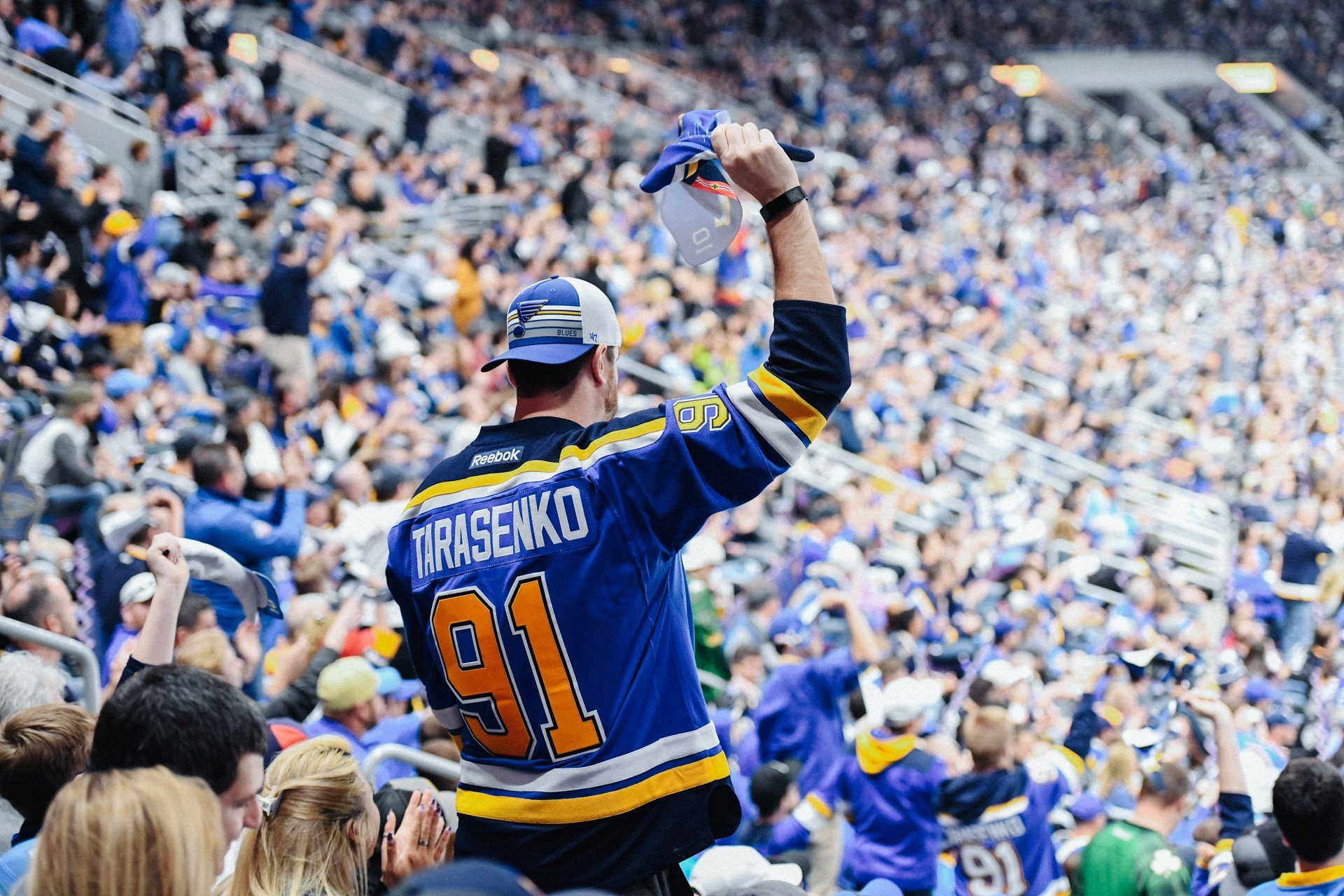 As the strains of “Gloria” echo in your subconscious, as you marvel at the St. Louis Blues’ historic 2019 last-place-to-Stanley-Cup-Final rise, as you ponder the minor-leaguer-to-NHL superstar journey of Blues goalie Jordan Binnington, you might wonder whether St. Louis’ emergence as a hockey town has been fully appreciated by those who don’t live near the Gateway City.

That process is well underway, by all indications.

A 2019 study by WalletHub found that St. Louis is the eleventh-best city for hockey fans in the country. The overall rankings of 73 cities took into account such factors as attendance, the atmosphere inside the arena during games, the history of hockey in each city, ticket affordability and team performance. When the judging was limited to the performance of NHL teams in each city, St. Louis ranked No. 5 on WalletHub’s current list for stadium capacity.

But the WalletHub survey is far from the only reason to feel good about St. Louis’ hockey bona fides.

A recent piece in the New York Times examined our region’s evolution as a hockey hotbed, reporting that the culture of youth hockey programs, contributions from former members of the Blues who stayed in town to coach or mentor and the loyalty of Blues fans have combined to elevate St. Louis in national hockey discussions. As noted in the Times:

The pipeline of American hockey snaking from Massachusetts west into Michigan and Minnesota has meandered south, following the Mississippi River into an area thronging with tradition but that until recently had not produced the talent to match the fervor. A decades-long endeavor — rinks sprouting, participation swelling, Blues alumni staying in town to coach — culminated in 2016, when five St. Louis-bred players were drafted in the first round, or five more than ever before.

Indeed, the St. Louis region is proud of its youth hockey programs, for girls as well as boys. The Blues have a robust program of youth hockey leagues, training and mentorship, starting with a league especially designed for kids who have never played hockey. The region also boasts a healthy and active network of girls-only hockey leagues and teams,

Those who are more interested in amateur hockey than the pro variety can peruse the records of the St. Louis Amateur Hockey Hall of Fame in St. Charles, created with the mission of honoring and celebrating those who support, promote and expand amateur hockey here while demonstrating and living the values of leadership, sportsmanship, fairness and integrity. The small organization conducts a host of activities, including awards ceremonies and golf tournaments to further its mission.

Youth and adult hockey clubs can be found throughout the St. Louis region. Photos by Joe Bishop.

Perhaps the most tangible example of St. Louis’ hockey identity is rising in Maryland Heights. The new 277,000 square-foot St. Louis Community Ice Center, expected to open in September 2019, will feature four NHL ice surfaces –  including one outdoors – and will serve as the Blues’ official practice facility. It will also play host to Blues Alumni, Lindenwood University hockey, the St. Louis AAA program and the St. Louis Lady Cyclones.

The St. Louis Community Ice Center is expected to attract more than one million visitors and drive more than 16,000 hotel-night bookings to deliver an estimated $20 million annual impact on the region’s economy.

With all of these hockey-centric opportunities, could St. Louis rise even higher in WalletHub’s future rankings? Given the Blues’ meteoric 2018-2019 season, we sure wouldn’t bet against it.