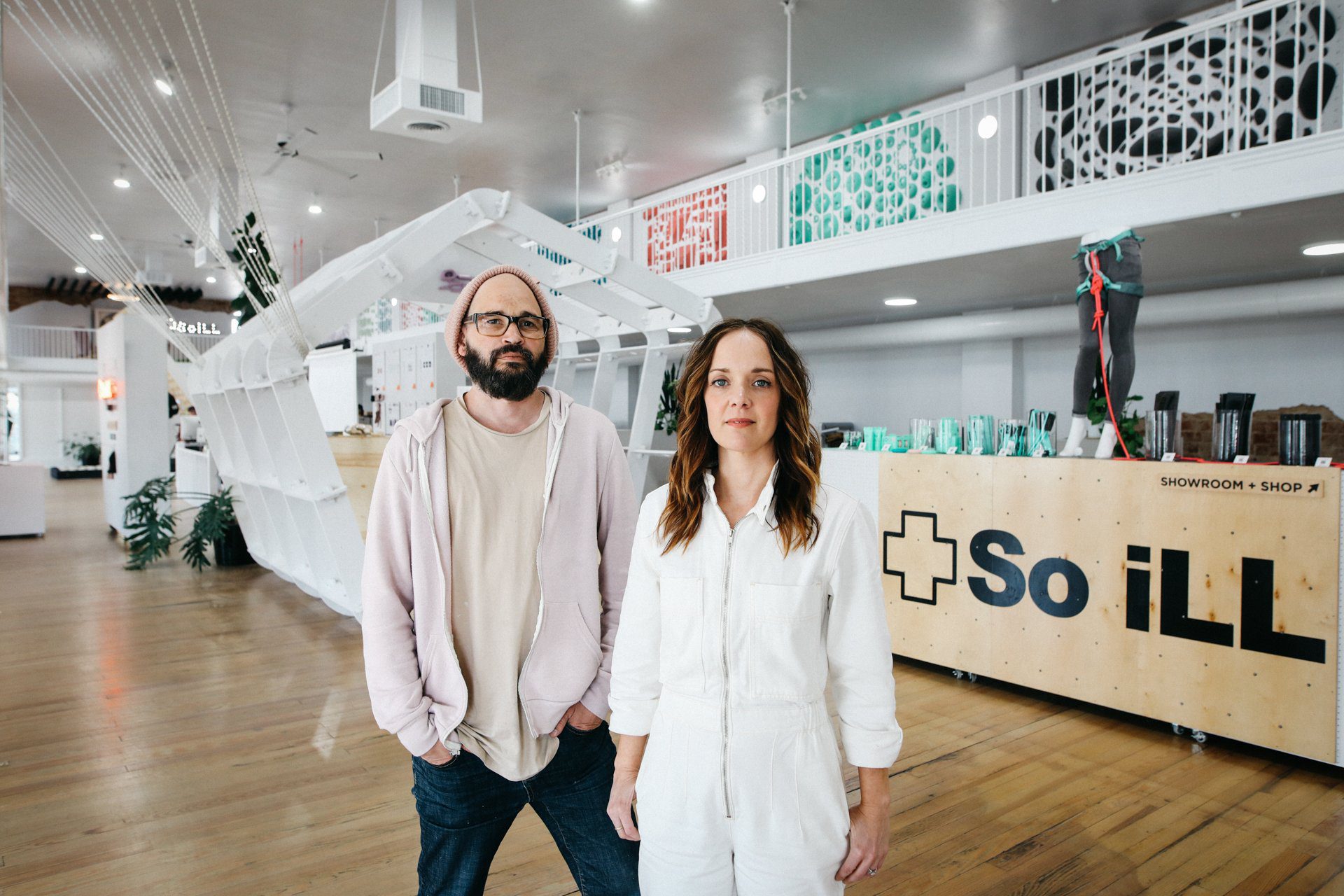 Dan Chancellor was just a kid when he fell in love with both the sport of rock climbing and the look and feel of climbing equipment. His uncle had taken his brother Dave and him to Sunshine Rock in Western Missouri and hooked up a rope and harness for them to climb in the heavily graffitied, trash-strewn woods. He still vividly remembers the contrast between his uncle’s bright neon carabiners and the surrounding landscape.

“The pop of these colors in an outdoor environment—I had never seen it before. And I was hooked. I had this excitement to learn climbing, but I was also really interested in the gear,” he says.

This first climb, a life-changing experience for both brothers, would end up shaping the trajectory of their lives. They went from making climbing holds in their parents’ basement, to studying entrepreneurship at Southern Illinois University Carbondale to opening their first indoor climbing gym, Climb So iLL, in Lafayette Square. In 2020, Dave opened a second climbing gym in St. Charles, and in late 2021, Dan, along with his wife Hannah, opened the doors to the first shop and showroom for their retail business, So iLL.

Dan now manages So iLL, while Hannah, a former school psychologist, serves as the business’s full-time marketing developer. They worked together to renovate the space So iLL now occupies in the Hill neighborhood, where they also reside. The airy, light-filled shop and showroom is painted white, giving the colorful climbing holds and shoes their chance to pop. The environment matches their ethos of prioritizing both fashion and technical agility, a rarity in the outdoor apparel industry.

“We have a goal of keeping outdoor enthusiasts fashionable while performing technically,” Dan says. “We want to make technical products that help people succeed while they’re using them indoors or out, and we want them to feel good and look good while they’re doing it.”

Their environmentally conscious products, made with organic cotton, hemp, recycled water bottles and other sustainable materials, are also designed to provide small moments of encouragement. Toward that end, the slogan “take hold” is printed on the pull tabs of all the shoes, serving as a motivational last point of contact before a climber first takes hold of the wall.

Climbing shoes were the first product they started making when they decided to expand beyond climbing holds in 2018. Dan and Hannah launched a Kickstarter campaign to fund those efforts, and it became the platform’s highest funded project at the time. They reached their $10,000 goal just five hours after the campaign launched, and ended up raising a little over $154,000 with the support of nearly 1,500 backers.

“Most brands would go from climbing holds to something easier like clothing or regular footwear,” says Dan. “But we thought, ‘Okay, let’s try climbing shoes. Because if we can do the most technical product, we can do anything.’ We jumped into the deep end of the pool to sink or swim, and it worked. People loved it.”

Energized by that success and seeking to expand their offerings, the Chancellor brothers attended a trade show in Los Angeles when they happened to meet the actor Jason Momoa, who also grew up climbing. He invited them to collaborate on a collection called On the Roam, a line of shoes, beanies, t-shirts and other apparel designed to encourage people to get outside, a goal of the Chancellors’ as well.

Their friendship with Momoa has inspired several other fun projects. While filming “Aquaman,” he approached Dan and his team about creating a set of titanium eating utensils to reduce the plastic waste on set, sparking the creation of a cutlery set that has proven highly popular with their online customers. They are also currently in the process of manufacturing a scrunchie line, set to debut in the next two months, based on hair accessories the So iLL team made and sent to Jason as a gift.

Photos of Momoa near products from his collaboration with So iLL.

Collaboration and relationship-building are at the heart of So iLL’s story. Another key partnership is with Kevin Jorgeson, one of the first two climbers to successfully complete a free climb of the Dawn Wall of El Capitan in Yosemite National Park. Dan randomly struck up a conversation with Jorgeson between meetings at a trade show. At the time, the So iLL brand was growing internationally, and he was starting to question whether he was making enough of a difference in the world. Serendipitously, Kevin mentioned that he was working to introduce 100,000 kids to climbing.

“It stopped me in my tracks,” Dan says. “I had really been thinking, ‘What’s the North Star for our company? How can we make a difference?’” Dan felt that indoor climbing was often elitist, and wanted to give more people opportunities to experience it for themselves and feel welcome in the community.

This approach also strongly resonated with Hannah, with her past professional experience as a school counselor supporting children with special needs.

“I’ve been around kids my whole life, trying to create positive experiences for children,” says Hannah, “So this goal of expanding access to climbing is very near to my heart.”

The brief encounter was the genesis of 1Climb, a large-scale effort to grow the next generation of climbers with financial backing from brands such as Adidas and TOMS Shoes. The Chancellor brothers and their team oversee the installation of state-of-the-art climbing walls in Boys and Girls Clubs across the country, bringing the sport of climbing to where the kids already are. They built their first wall in St. Louis in 2018 and went on to create nine more in Chicago, Los Angeles, Denver, Madison, Wis. and other cities throughout the United States.

Part of the collaboration with TOMS.
Climbing wall at one of the St. Louis Boys and Girls Clubs. Photo courtesy So iLL.

The friendships and partnerships that made 1Climb possible are the result of many years of trying to serve and support both the climbing industry and the larger climbing community.

“I had a mentor once who told me, connect your dots. And by that he meant, look at your relationships and think about how you can help people, and those dots will start connecting. 1Climb was founded from a beautiful spot of having these relationships and the resources to do it. I think by just treating people the right way and being open to opportunities, it grows the sport,” Dan says.

Looking back, Dan sees how his St. Louis and Midwestern roots have put So iLL at an advantage. On one hand, he and his brother Dave have “disrupted an entire industry from the Midwest,” standing out against other industry leaders based in places like California or Colorado, where there are more outdoor climbing opportunities. They’ve also fostered connections with other local businesses, like Well Made Workshop in Maplewood, which is producing their scrunchie line.

Reflecting on the success of the brand, Dan stresses the value of patience, pointing out that he, Dave and Hannah have slowly built their business over the course of many years. “Success to a lot of people these days is, ‘I raised $3 million on a PDF presentation of what I think I’m going to build.’

“But at heart, we are doers. We started this business from nothing and we’ve been very patient. We’re family-owned, self-funded, and we’ve done everything ourselves, every step of the way.” 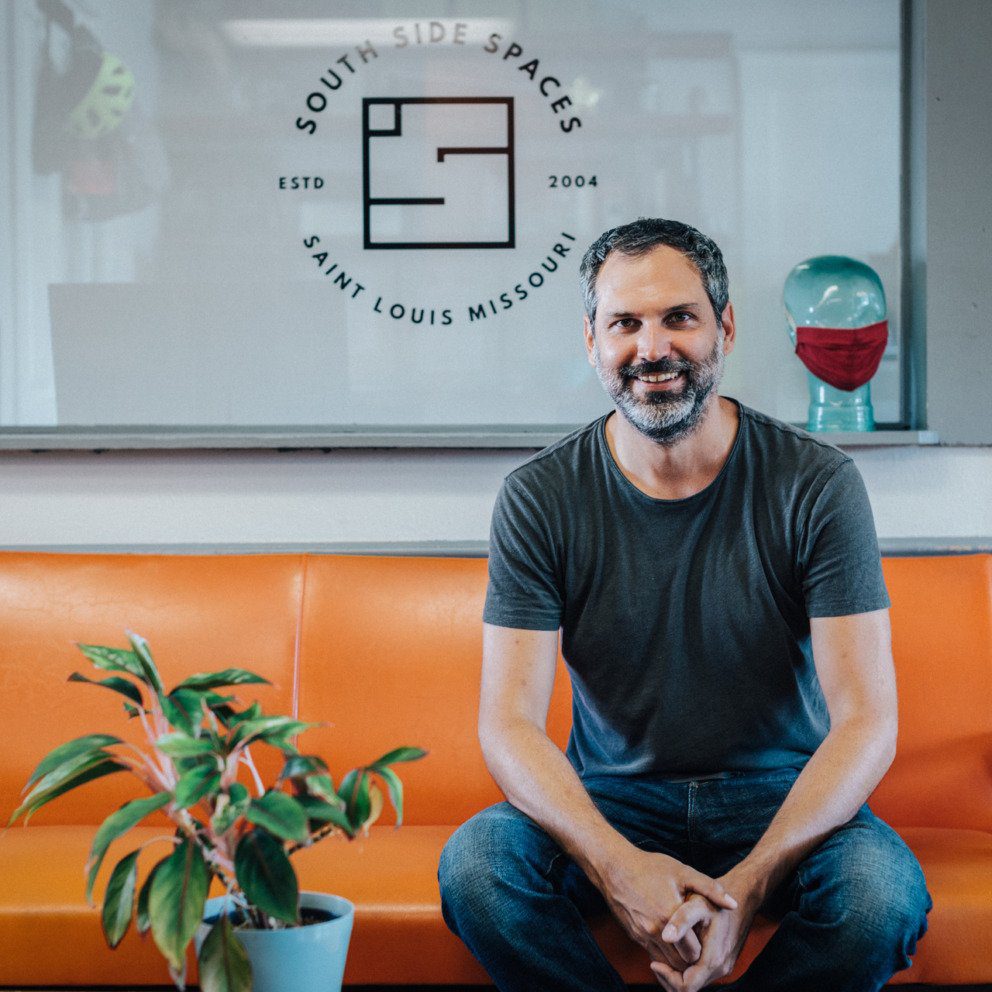 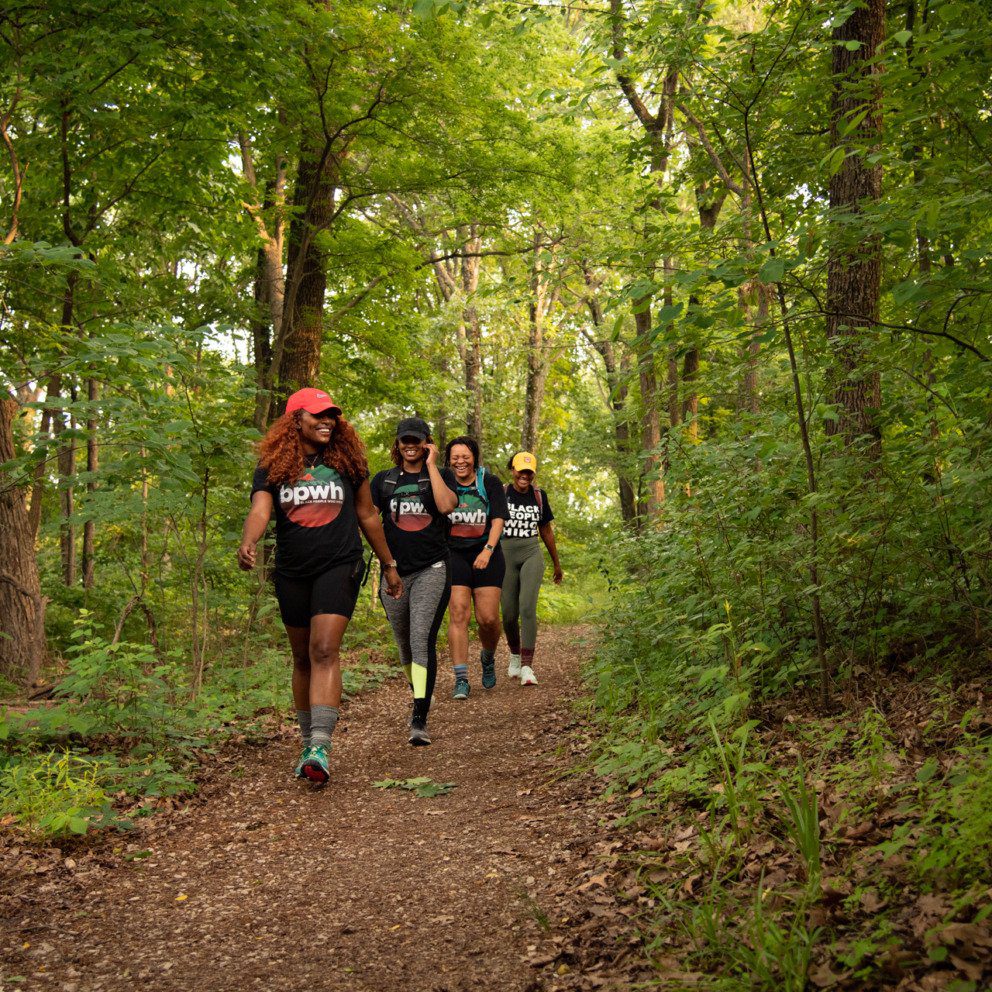 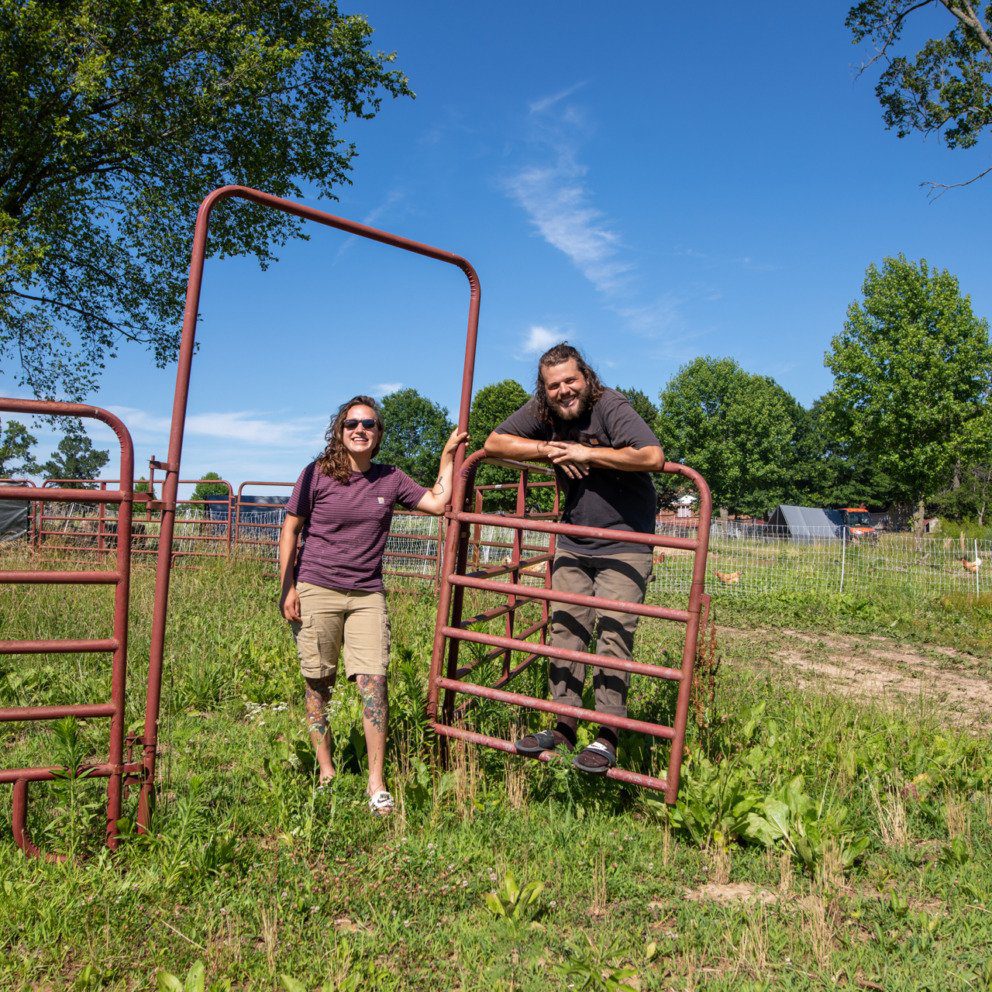 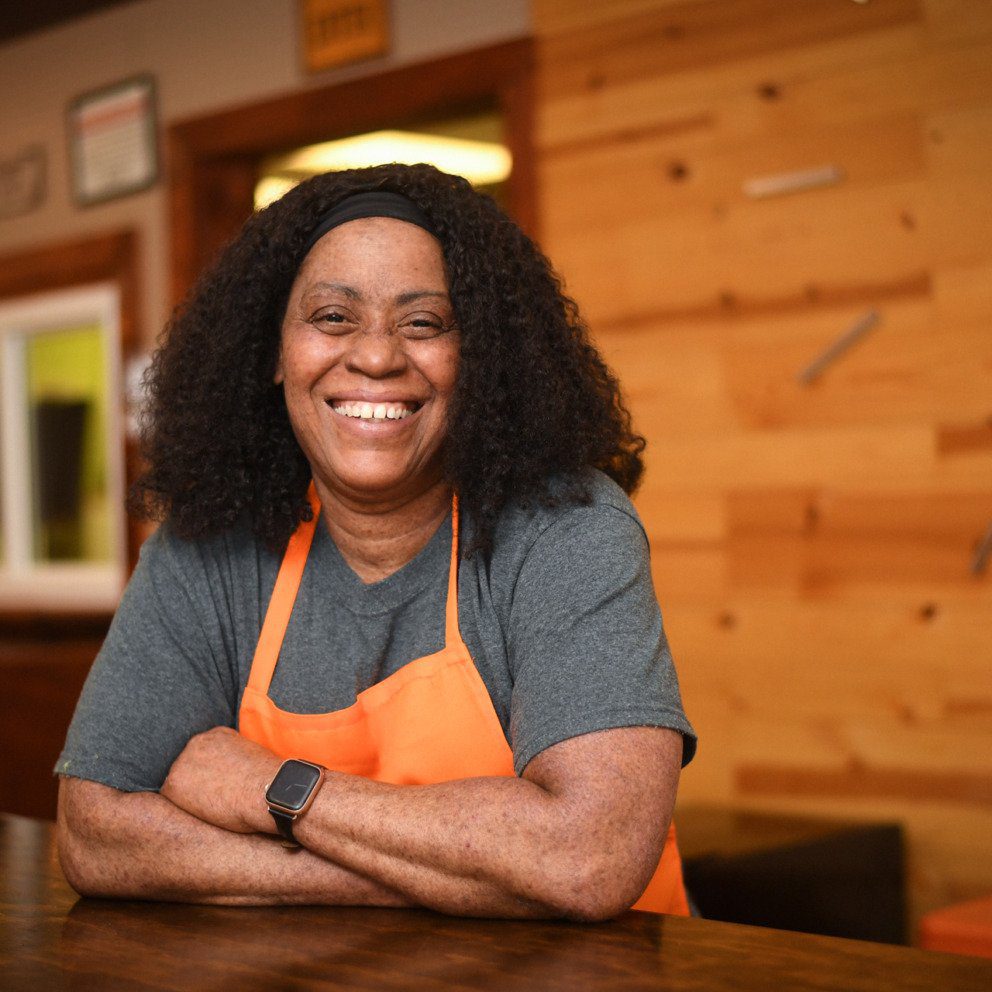 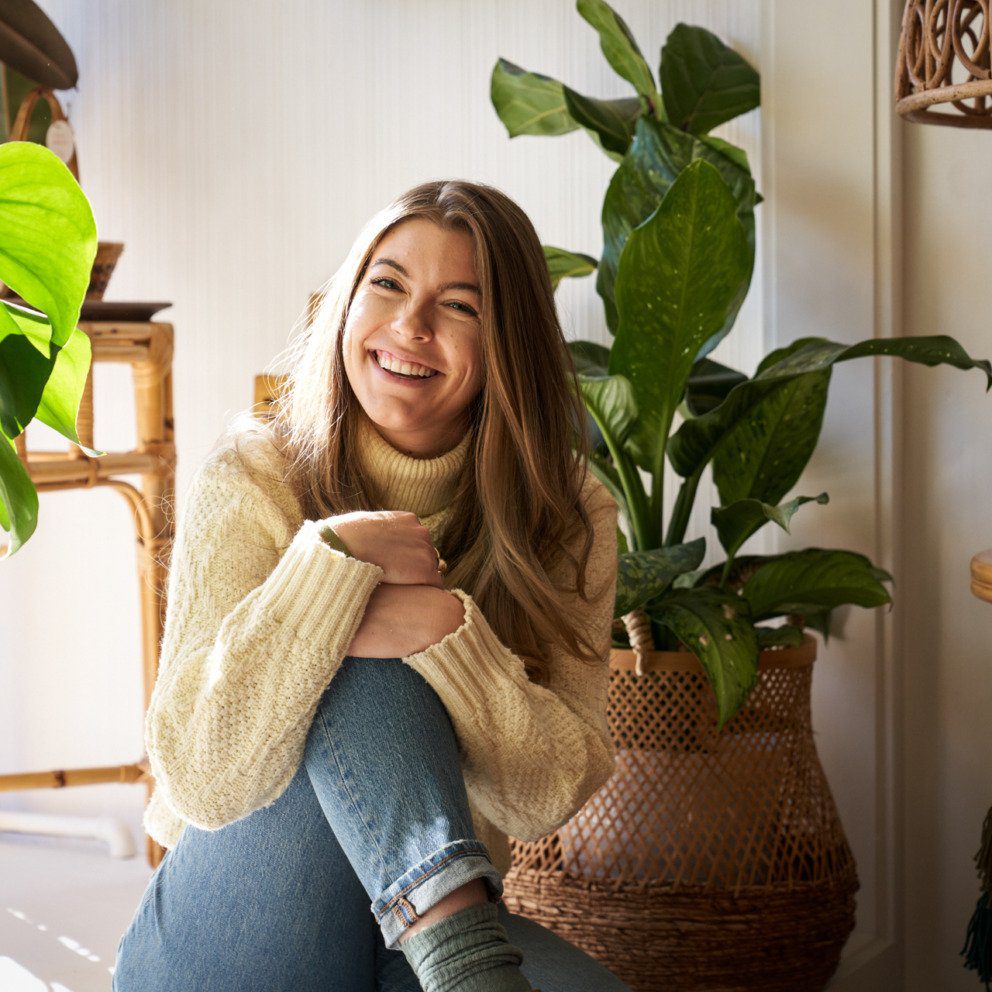