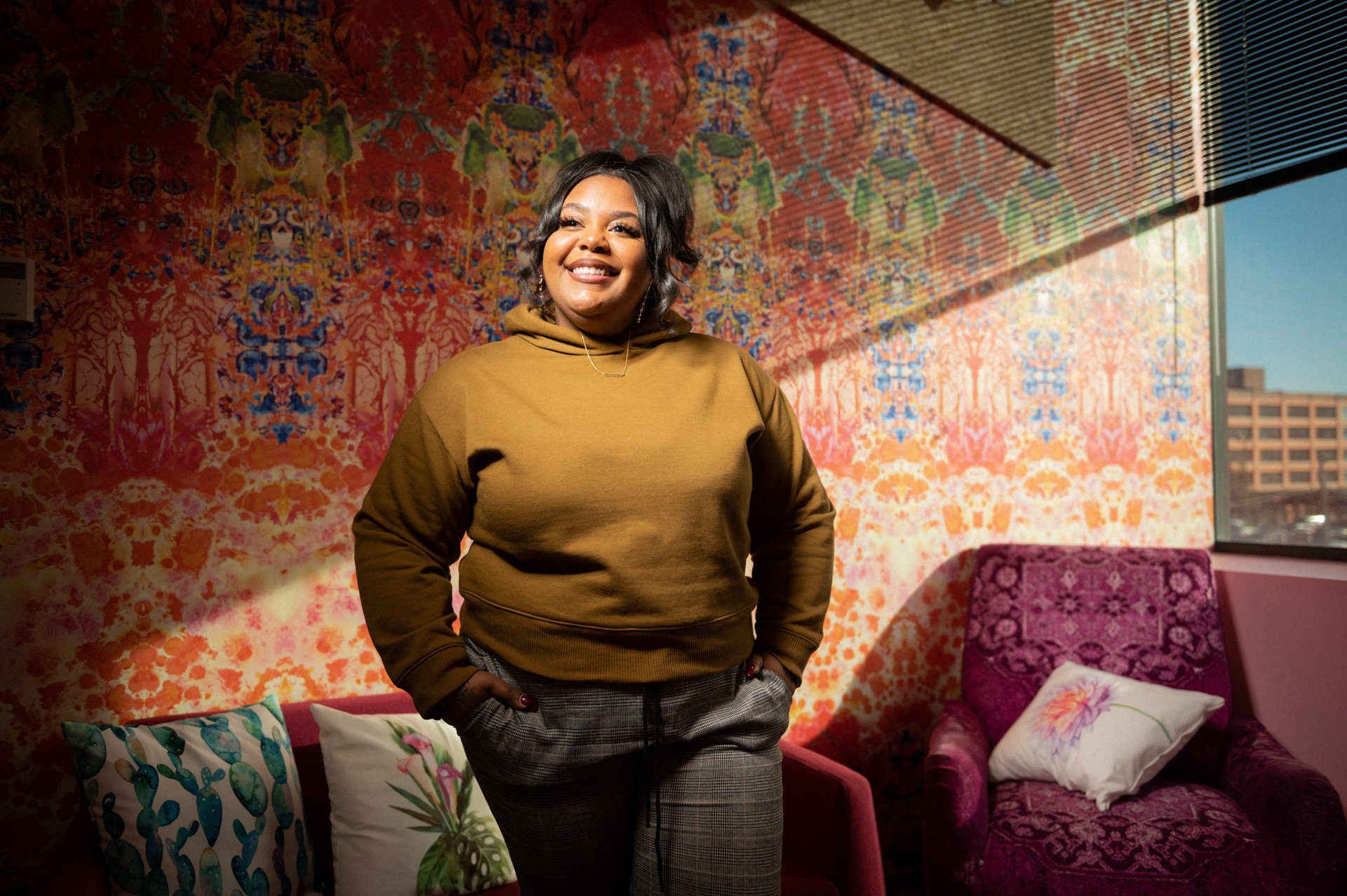 For Je’Nell McCrary, getting to her career in tech wasn’t straightforward. For one, she had long held the dream of becoming a radio and media personality. She’d enrolled at Florissant Valley Community College, where she was involved with the campus radio station, and learned about media and broadcast journalism. In her free time, she enjoyed building websites and being creative with social media. Upon graduating college, she was offered a position with a St. Louis-based radio station.

As years passed, and McCrary felt she’d gone as far as she wanted with radio, it was time to make a choice. She could either stay in her role in the media, or she could obtain new skills for a different role.

“I started in radio right after college, where I stayed for five years,” she says. “In that last year and a half, I felt like I wasn’t being an artist anymore.”

Her journey to a new career path started with a very simple online search: “Jobs in tech.” While she’d built a successful radio career and online brand for herself, McCrary longed to reach her full career potential and find the purpose that she felt was destined for her life.

That Googling session led McCrary to the world of technology, a universe filled with languages she’d never spoken, including Python and JavaScript. She learned about LaunchCode, a nonprofit organization that offers free training, mentorship and job placement for people looking to work in the technology sector. LaunchCode’s CoderGirl program welcomes anyone who identifies as female and offers eight tracks for participants to choose from, including front-end web development, data analysis and the one that McCrary was drawn to, user experience.

McCrary entered the CoderGirl program with the hope that it would unite her with a purpose-filled position where she could use the skills she already had, along with those she’d learn through the program.

“I feel like when people think of tech, they think of coding and men who are nerds that know everything,” she says. “It’s simply not true.” With CoderGirl, she was surrounded by like-minded women of all technical skill levels, looking to change their career trajectories.

In fact, that’s the one thing she really wants people to know — that there are lots of job opportunities in the tech industry that don’t require highly technical skills, like the role of scrum master that she now holds at Centene Corporation. On her social media accounts and in life, she finds herself explaining what a scrum master is frequently these days — and how others can follow in her footsteps.

“I would consider it most like a coach,” she says. “I’m a coach and a mentor to software developers. The goal for the scrum master is to make sure the team is running smoothly and is agile.”

“You can be a scrum master if you work at McDonald’s,” McCrary says with a smile when talking about how soft skills transfer to roles like hers. Particularly in a field that may feel exclusive to those who are unfamiliar with it, she wants everyone to know that there’s a job in tech for them. “There are lots of roles in tech that don’t require hard technical skills,” she says.

While the decision to leave radio was difficult, and the months-long CoderGirl program tested her endurance, the desire to do meaningful work that mattered to her helped McCrary push through the moments of discomfort to finish the curriculum.

The benefits of completing the LaunchCode program far outweigh the feelings of despair and sadness she once had in her former career. For one, she was able to reach her goal of living the adult life she’d imagined for herself. Since starting a career in tech, she has moved into her own place, and has dreams of traveling once the COVID-19 pandemic subsides.

The skills she learned through CoderGirl and in her role as scrum master have been useful to her in unexpected ways, too.

“I use so much of what I learn from my position in my everyday life,” says McCrary. “I’m even helping a lot of my friends with how to communicate.”

With recent YouTube videos on her Forever GeNella YouTube channel on how to be a scrum master and how to get a scrum master job, and her plans to launch a “Tech MissFits” podcast in March 2021, McCrary isn’t just a success story of the CoderGirl program, but an ambassador of the message that there’s room in the tech industry for anyone who wants to be a part of it.

“This is for everybody,” McCrary says. “Everybody has the skills to do this.”

Looking to learn new skills in tech? Check out these St. Louis organizations:

Want to learn how to become a scrum master? Hear from Je’Nell herself: How to Be a Scrum Master. 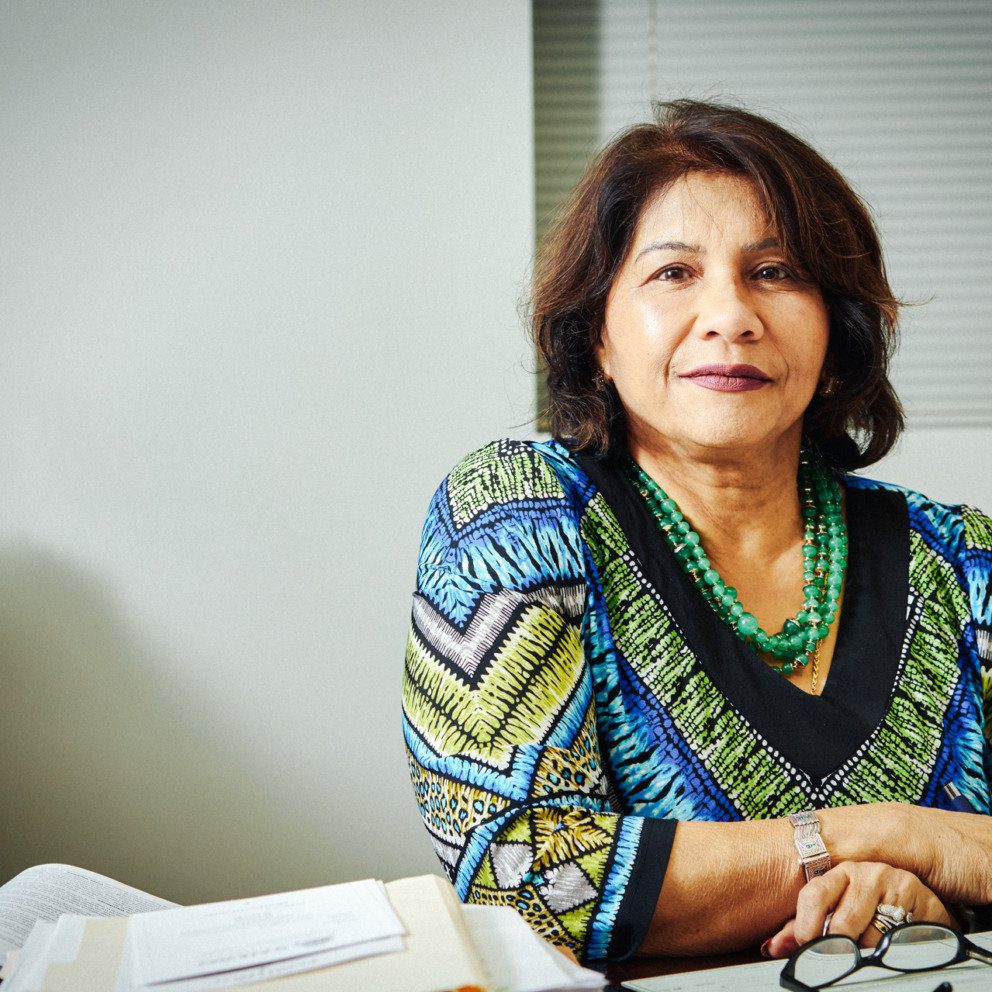 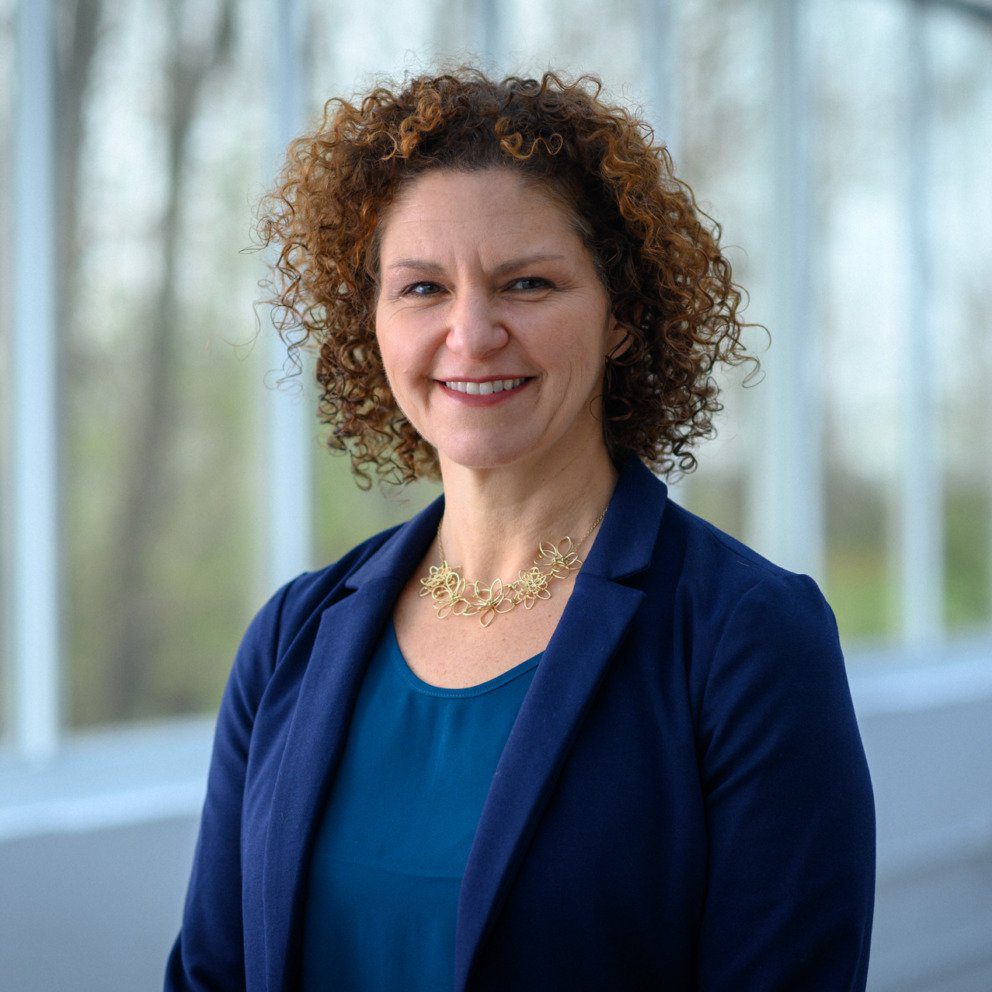 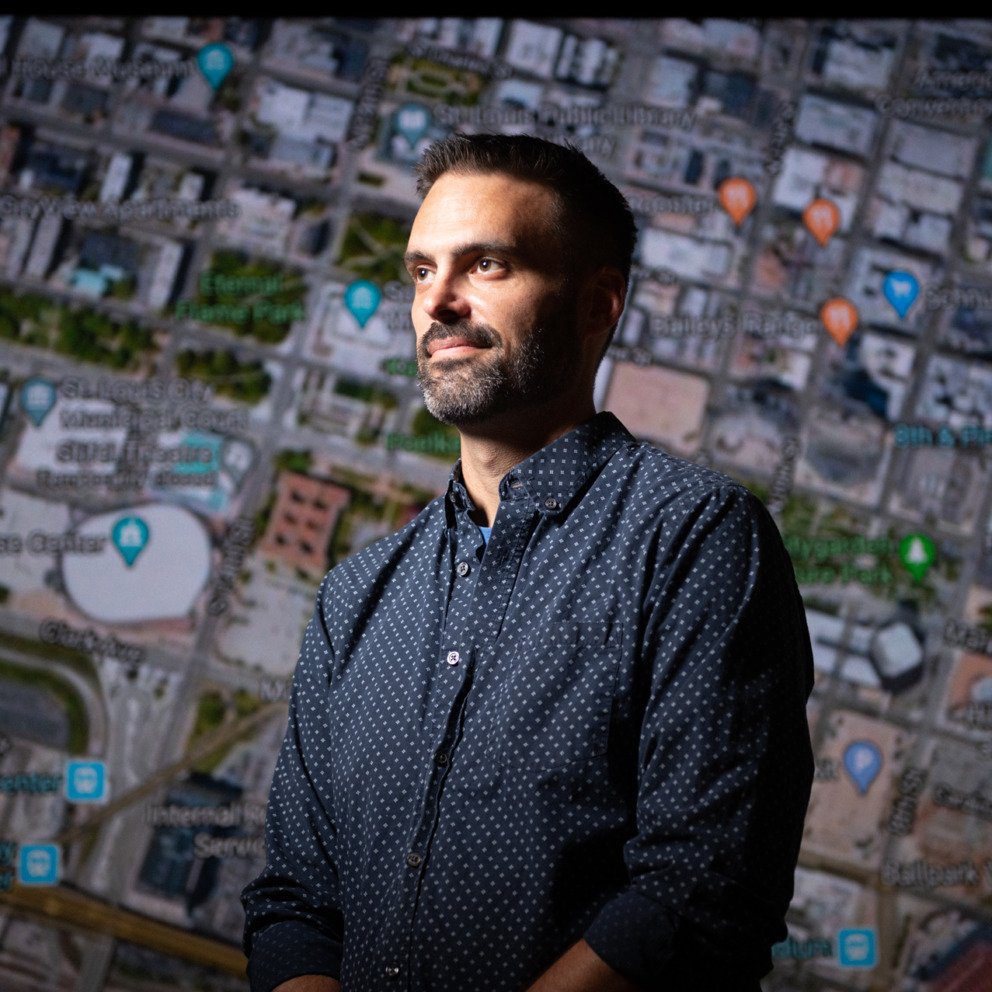 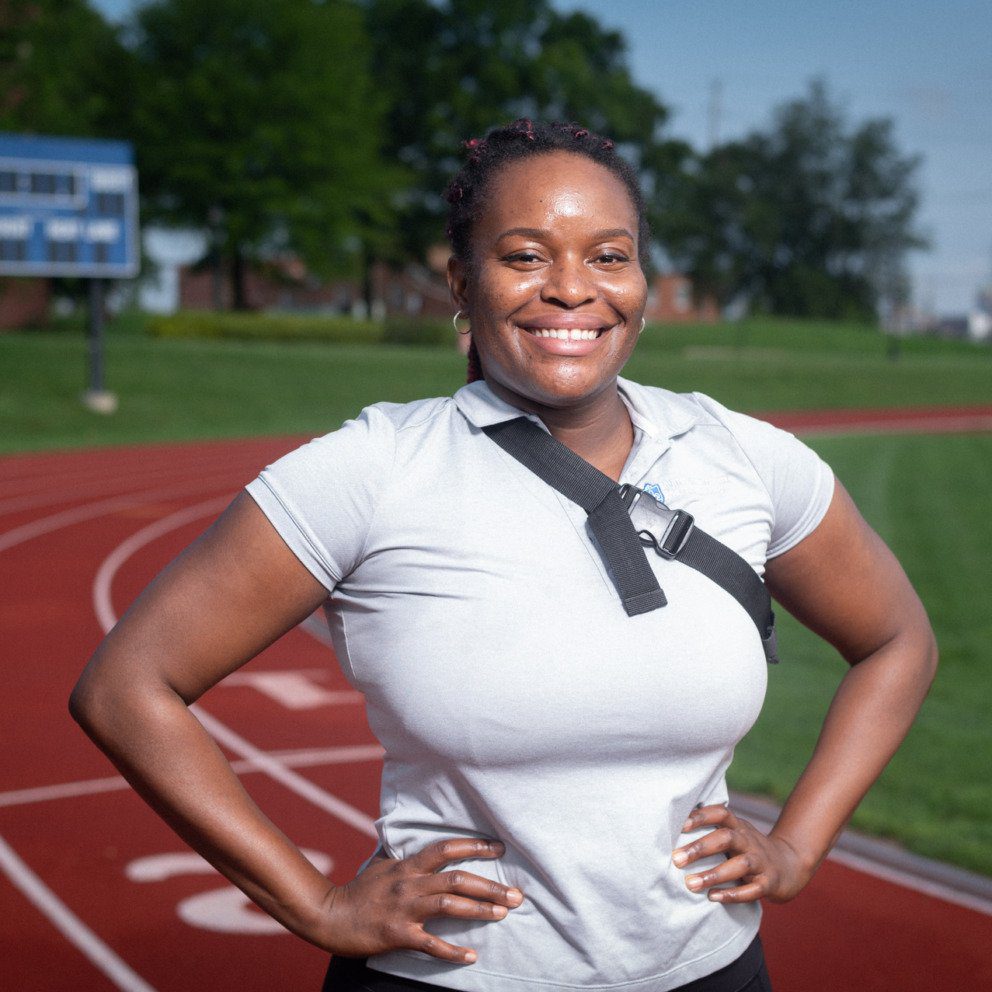