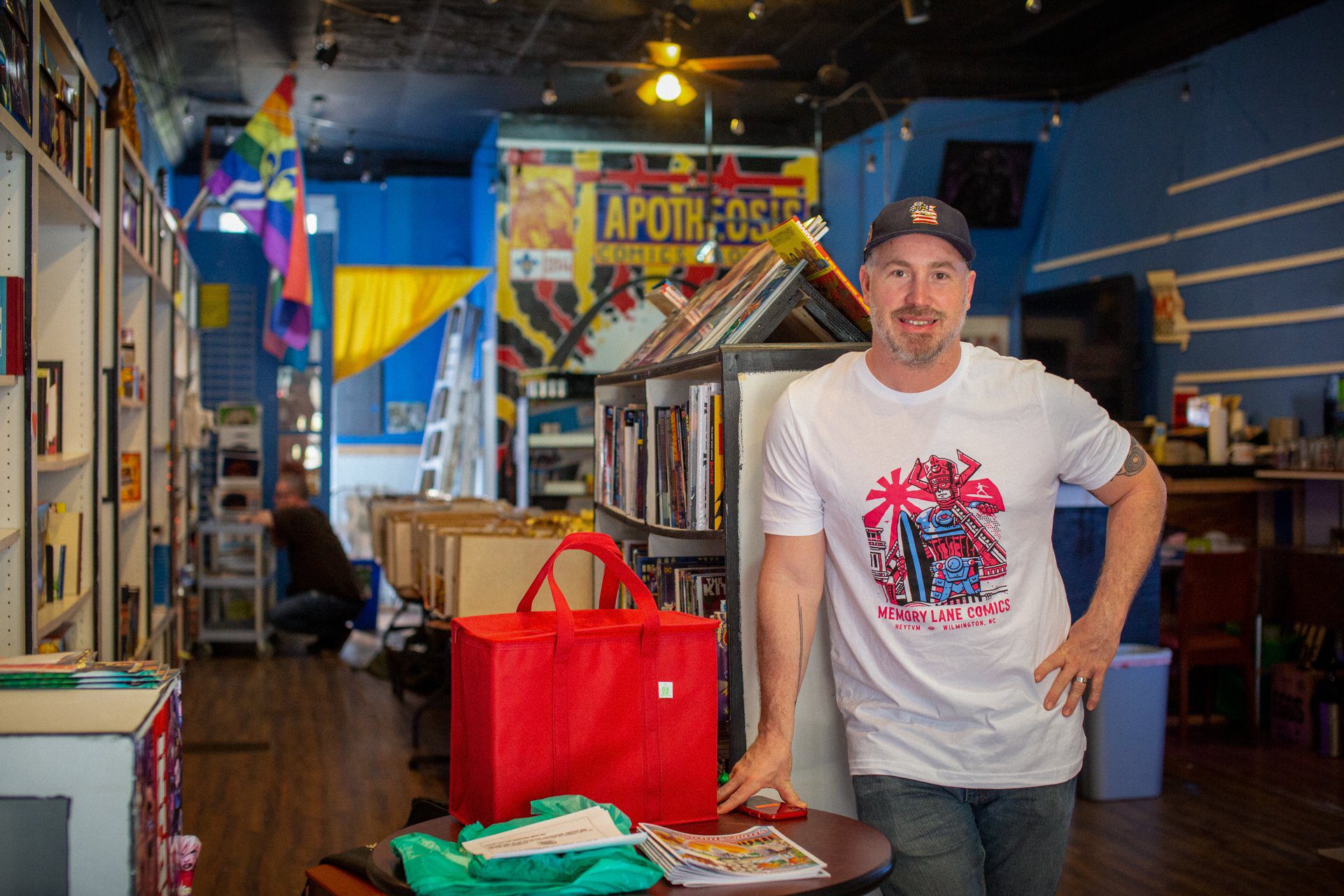 Before the coronavirus pandemic, Martin Casas happily spent his days sharing beers and chatting with customers about comic books at Apotheosis Comics & Lounge. With the latest titles and a variety of brews on hand, Apotheosis quickly became a hotspot on South Grand after opening in 2017.

But since the COVID-19 virus now keeps his regulars at home, Casas is developing new ways to bring joy and connection to those who prefer their superheroes with a side of hops.

To retain that dialogue with customers and neighbors, Casas donates stacks of comic books to Little Free Library stations in neighborhoods around the St. Louis region. Once local officials began announcing school closures and shelter-at-home recommendations, Casas knew that both adults and children would need something fun to occupy their time, he said.

“We have tons of backstock just sitting in the store, and by us shutting down to the public, a lot of it would never see the light of day. Comics are so visual, and you really have to see the cover to see what you’re interested in,” Casas says. “So I knew that if people weren’t able to make it down to the shop, we could bring the shop to them. That way they have something to read and look forward to.”

In each bag of comics, Casas includes a printout of a QR code that readers can scan to request more issues in a series or ask the Apotheosis team for recommendations. The bag then goes into the Little Free Library stations, which are similar to mailboxes and encourage neighbors to take or leave a book or other reading materials

“The Little Free Library movement is really fantastic,” Casas says. “It’s an easy and great way to give back to your community.”

Casas has had to quickly reconfigure his business model.

But Casas is delivering more than just comics. Apotheosis is Missouri’s first comics shop with a bar, so the store is fully stocked with beers of every type, including a namesake brew. Why not use that to lift adults’ spirits? The pandemic pushed Casas to figure out how to maintain his business, shed stock and bring a bit of normalcy to customers while keeping safety top-of-mind, and porch drops of comics and canned drinks became the obvious solution.

“As soon as this whole thing started happening, we had to quickly shift focus to become a delivery business, and until recently when we got our keg, we had only served canned beers and cocktails. So this is the perfect situation to deliver beers in,” Casas says. “We broke the store down to be a warehouse. We had to take all the sections of comics down —the new comics, the kids section— they’re all alphabetical now, just a straight line so we can easily find it for deliveries.”

Casas and his team continue to explore ways to collaborate with other local entities, including streamlining supply chains with other comic shops and working with teachers to provide educational comics for their phone or video lessons.

And even though things are difficult for many residents at the moment, Casas sees St. Louisans doing what the Gateway City is known for— supporting each other.

“People are calling the store and buying comics to give to others. Some people say, ‘I’ve got a friend who’s home alone right now, can I send him some beers?’ A lot of people are asking to donate their comics to kids. And a lot of people now want to drop off more books at the Little Free Libraries,” Casas says. “They’re using their nervous energy to put it into something good, and it’s a beautiful thing.”

Many comics are examples of humans fighting threats and villains and succeeding against insurmountable odds.

“The thing about comics and why they’re more important now than ever is they’re all always stories about humans fighting insurmountable odds or forming teams to take on adversaries. And a lot of the villains are natural threats embodied in human form. That’s kind of the situation we have now with the coronavirus. It’s this insurmountable villain that we can’t hit, but we’ve got to figure out a way to overcome it,” he says.

“And I think these stories of hope and the real stories of people doing the right things to help their neighbors are more necessary now than ever.”