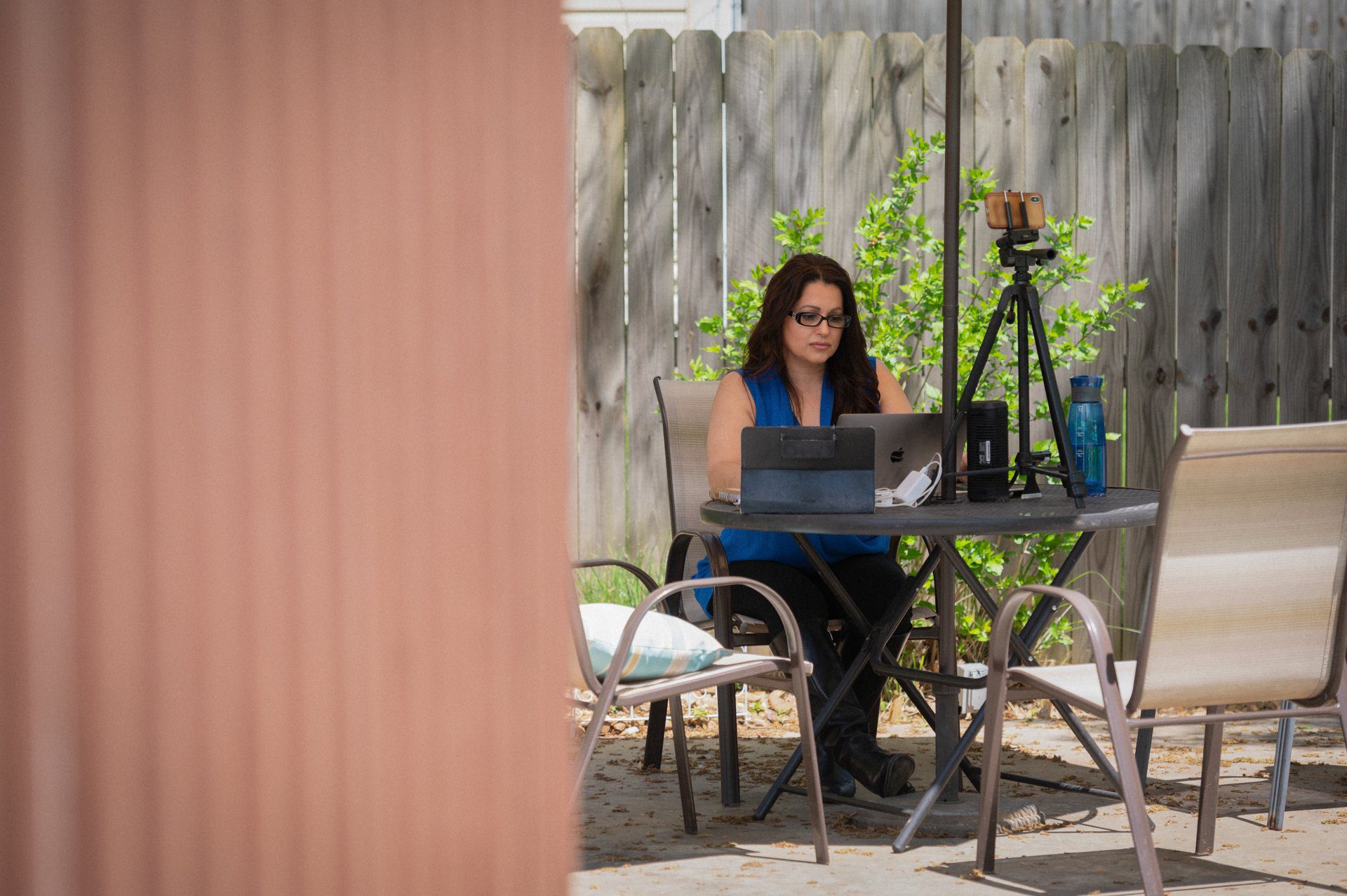 Lourdes Bailón has been connecting with Spanish-speaking St. Louisans through the STLJuntos Facebook page.

Gabriela Ramírez-Arellano will never forget the message that made her realize just how much St. Louis’ Spanish-speaking community needed translated COVID-19 information. It came from an elderly man who had found STLJuntos, the Facebook page she started with her friend, Lourdes Bailón. The man was reaching out for help. Having just been diagnosed with the virus, he was desperate to find someone who he could talk to in his first language, and STLJuntos seemed like the place to go.

“He’d been trying to get a test, then was finally diagnosed, and he needed help,” Ramírez-Arellano recalls. “At first, I thought he needed medical help, so I contacted one of the med students with the Washington University Latino Medical Student Association to see if he could call the man. It turned out, he wasn’t in crisis when he reached out. He just needed someone to talk to in Spanish because he was scared and stressed. He needed the mental support.”

Bailón and Ramírez-Arellano never imagined they’d be seen as a refuge for those seeking counsel for virus-related stress. However, the man’s desperate message drove home just how much the region’s Spanish speakers needed help navigating the public health crisis. The realization of this need was what had prompted the friends to start STLJuntos as an organization dedicated to providing translated information and resources about the COVID-19 pandemic.

Since founding STLJuntos this March, Bailón and Ramírez-Arellano have grown their simple Facebook page into a bona fide organization that has found collaborators in groups such as Washington University’s chapter of the Latino Medical Students Association, AAA Translation, Casa De Salud and STL Mutual Aid. As Bailón explains, their efforts took on a life of their own after a phone call between her and Ramírez-Arellano during which they lamented how local Spanish speakers felt left behind when it came to the COVID-19 crisis.

“I’m in a lot of Spanish-speaking groups on Facebook, and when I looked on them, I saw that there wasn’t much being shared about what was happening and got concerned,” Bailón explains. “I started sharing information here and there. Then, Gabriela called and said we should do a video, so we did that and needed a place to share it. We ended the conversation saying that maybe we should start a Facebook page, and later that night I created it – we got all these hits and a lot of people looking at it. It made us realize there was such a need for it.”

That need was clear to them based on what they observed in their own social media experiences.The Spanish-language Facebook pages frequented by the St. Louis’ region’s 75,000-strong Hispanic population were missing important information about COVID-19, and the women noticed that there was a lack of understanding in the community regarding the gravity of the situation. Both Bailón and Ramírez-Arelleno knew people who had been watching the news about the outbreak in New York City and had incorrectly assumed that the crisis was limited to that area. That it extended to St. Louis was something many people were missing because the stay-at-home orders were not translated into Spanish. And if people weren’t informed of the guidance to stay home, wash hands and keep six feet apart, they couldn’t follow those recommendations – putting themselves and others they interacted with at risk.

Though they insist that they are not the only ones trying to do something to fill the information gap, Bailón and Ramírez-Arellano felt the urgency of pitching in where they could. At first, that consisted of translating vetted information as they could individually. However, they realized that by joining forces as STLJuntos, they could expand their reach and have an even broader impact.

As Bailón and Ramírez-Arellano explain, STLJuntos serves a dual purpose. The first is straightforward translation of government orders, news, public health notices and general information related to COVID-19 into Spanish that is then shared on the organization’s Facebook page. This was their original vision for the group. However, through their page, they began getting messages from people asking for help with everything from health information to help feeding their families. This prompted them to turn STLJuntos into a resource that connects individuals with various community and grassroots organizations that offer a variety of services. In this sense, Bailón sees the group as a bridge between the Spanish-speaking community and the help they need, whether that is pure information or direction toward resources.

Austin Ibele, a member of the Washington University chapter of the Latino Medial Students Association, emphasizes the vital role that STLJuntos is playing when it comes to disseminating information. He, too, was concerned that the city’s Spanish speaking population was missing out on what it needed to know about COVID-19, and when he found the STLJuntos page, he was thrilled to have a resource where he could direct people.

“When this started in mid-March, there was no hotline in Spanish, no Spanish options on hotlines and very little interpreter support available unless you were calling a major hospital,” Ibele explains. “Those without insurance were left behind. It’s not because these places didn’t want to help but because they were overwhelmed and didn’t have the time or resources to put anything together. If it wasn’t for STLJuntos, there would have been a lot more people who did not have information about COVID-19. What they are doing is very important.”

Bailón and Ramírez-Arellano know what they are doing is important, not just for the region’s Spanish-speakers but for the community at large. As they receive messages of thanks, see their Facebook reach grow exponentially and hear from people who have been connected to resources, they feel grateful for the opportunity to make a positive impact.

“What you do affects me, and what I do affects you,” Bailón says. “That’s when this becomes scary. When we started this, I was in a panic not sure what to do – everyone was trying to figure out what to do. We felt there was a need we could fill, and we were able to do it. Now that we are, we want everyone to join us. Let’s do it all together.” 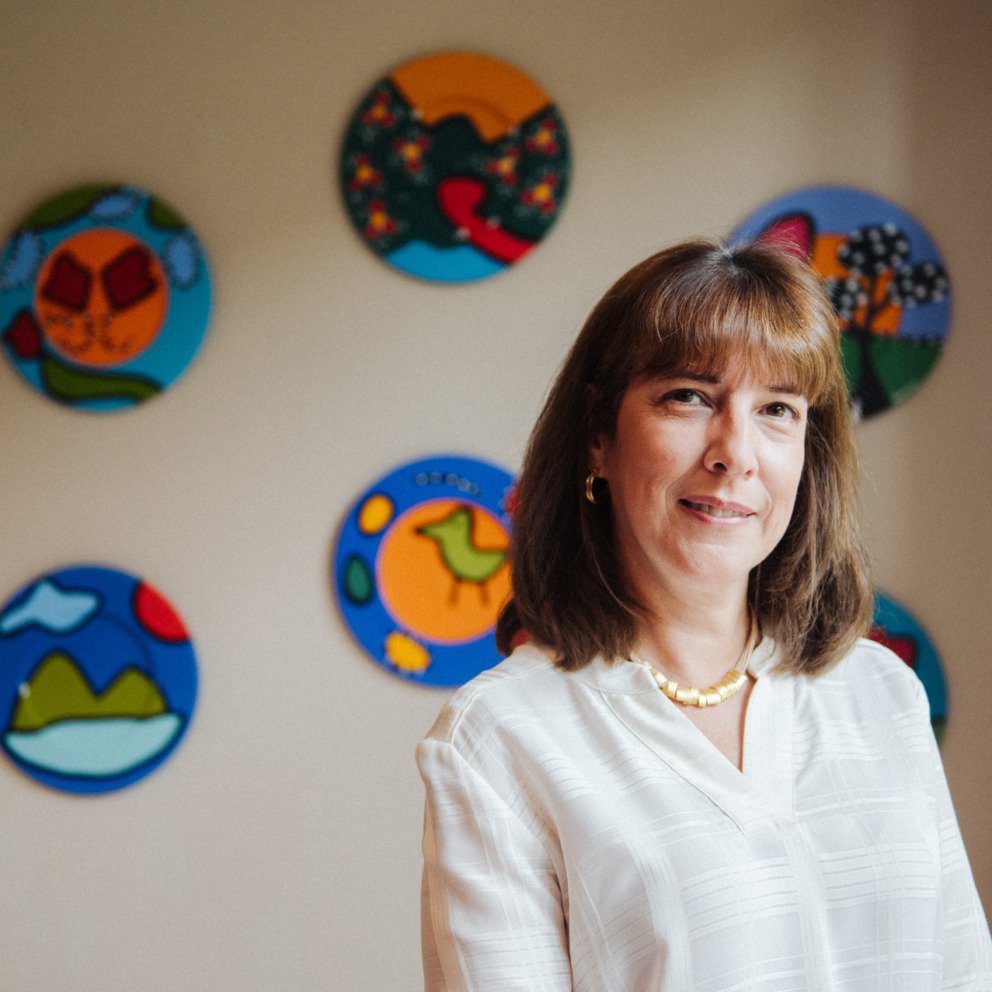 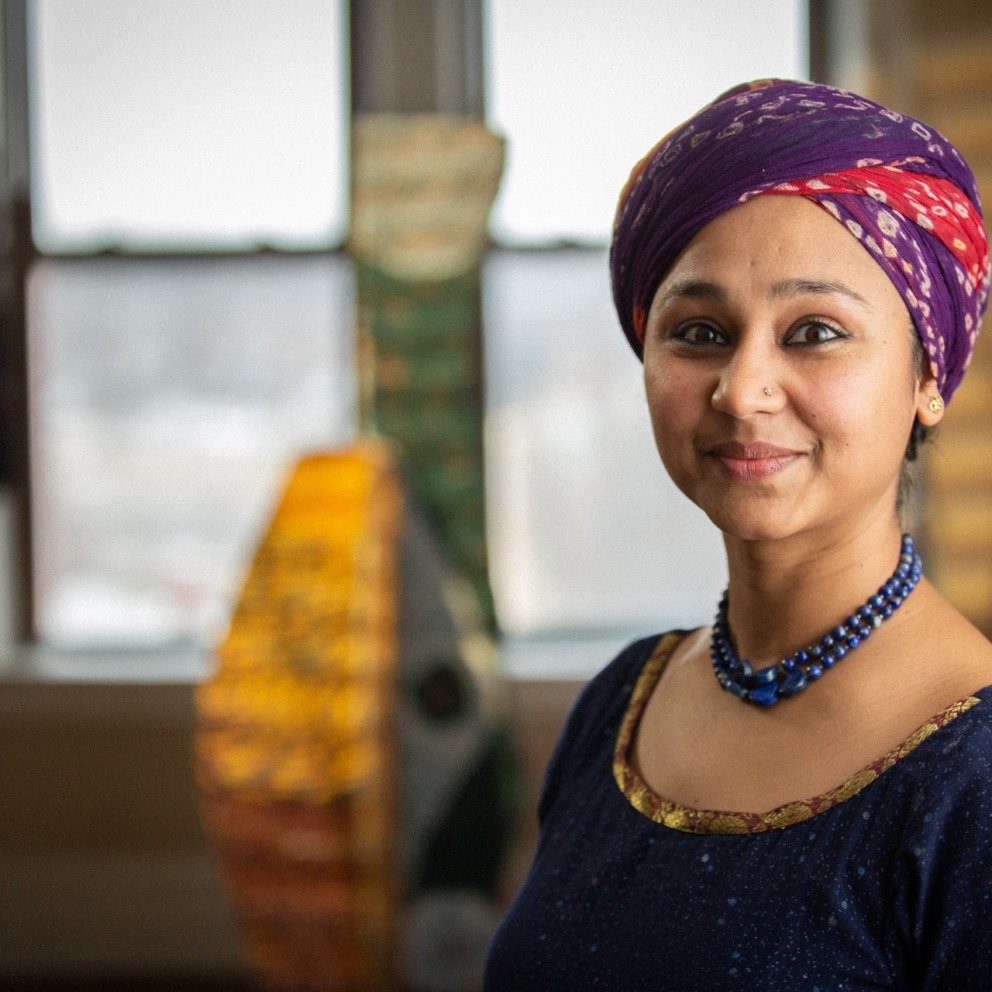 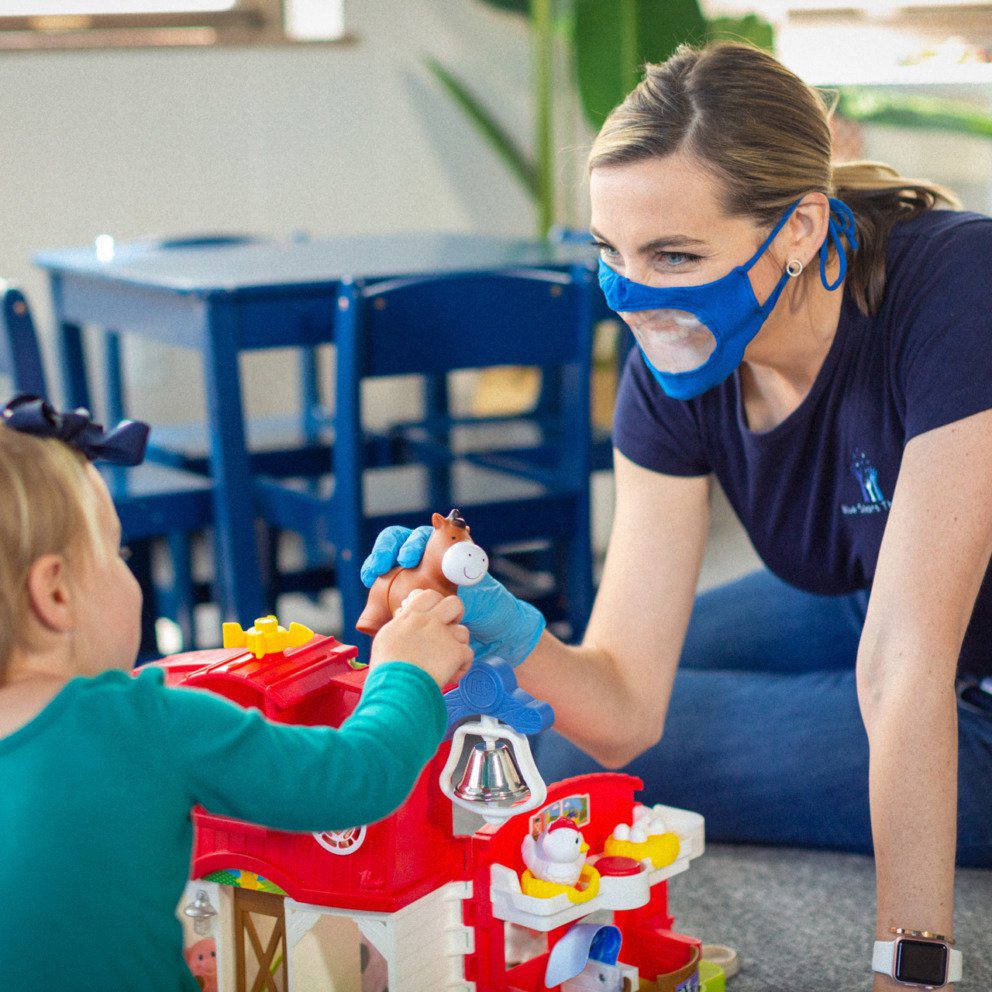 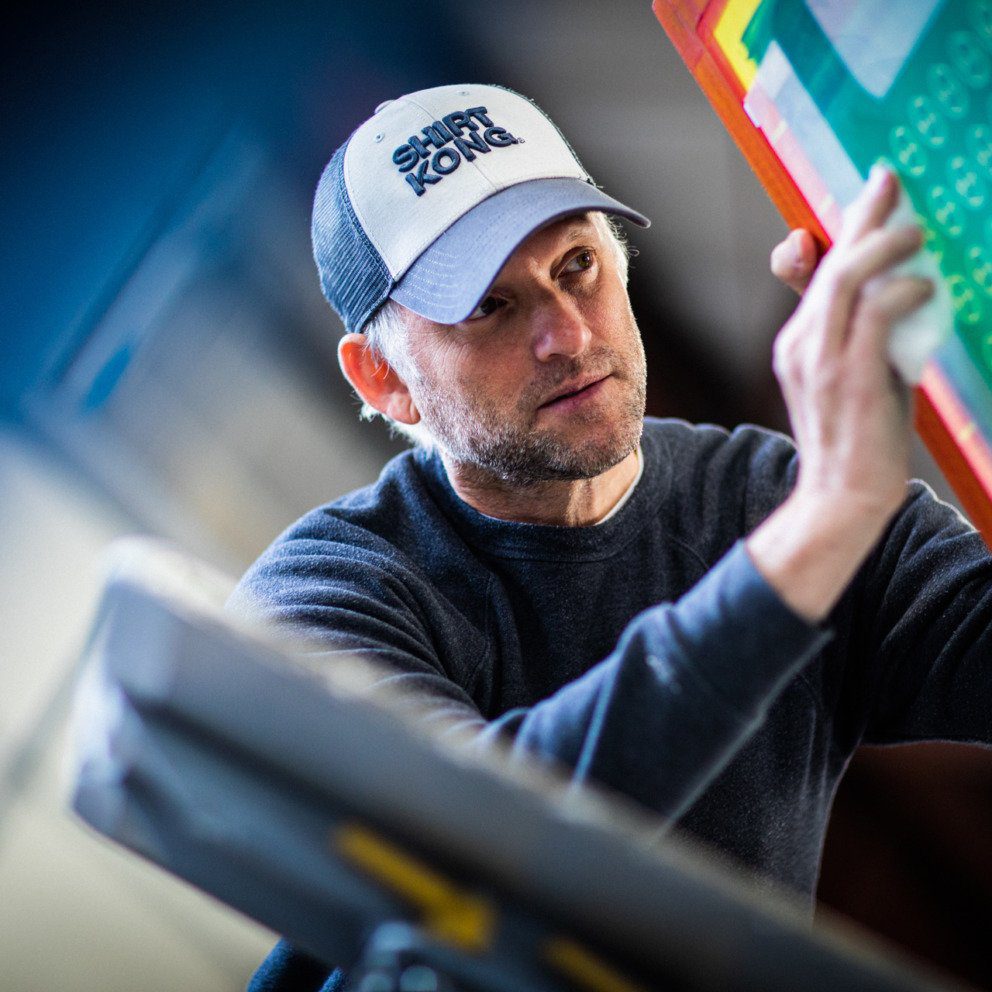 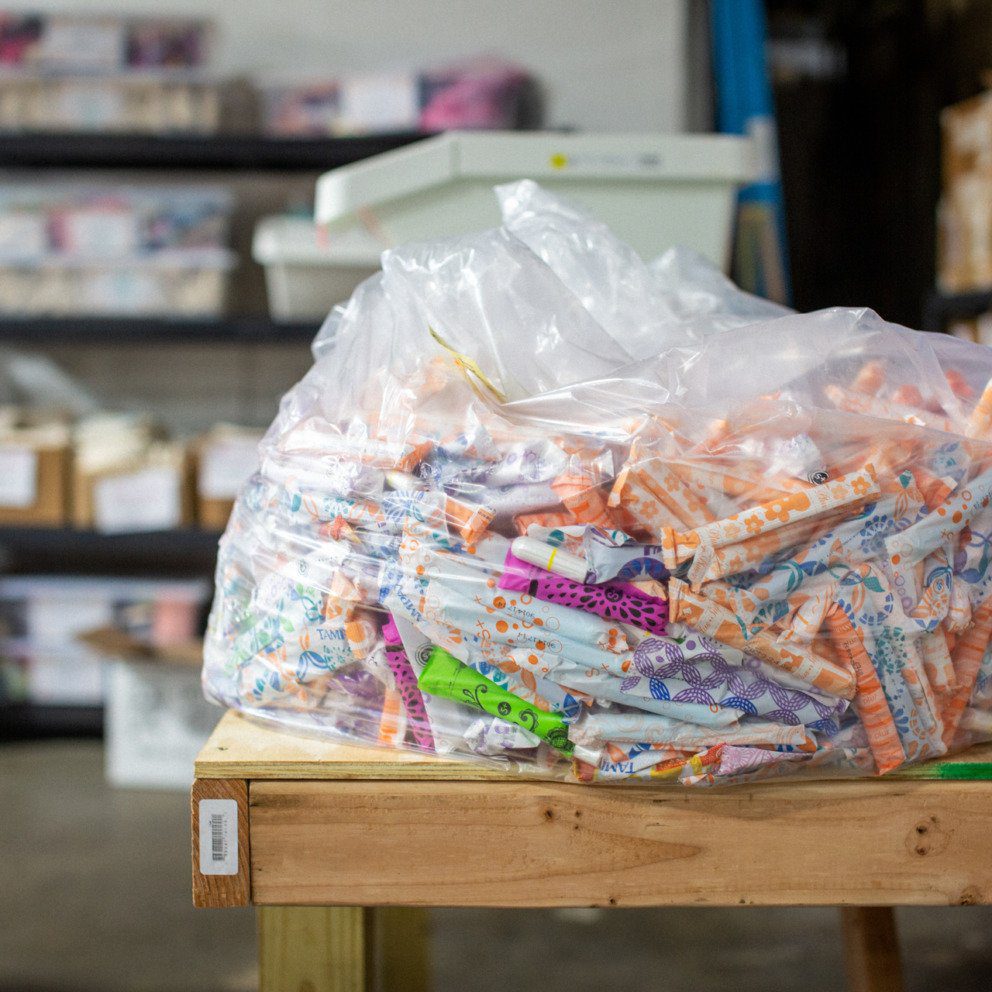