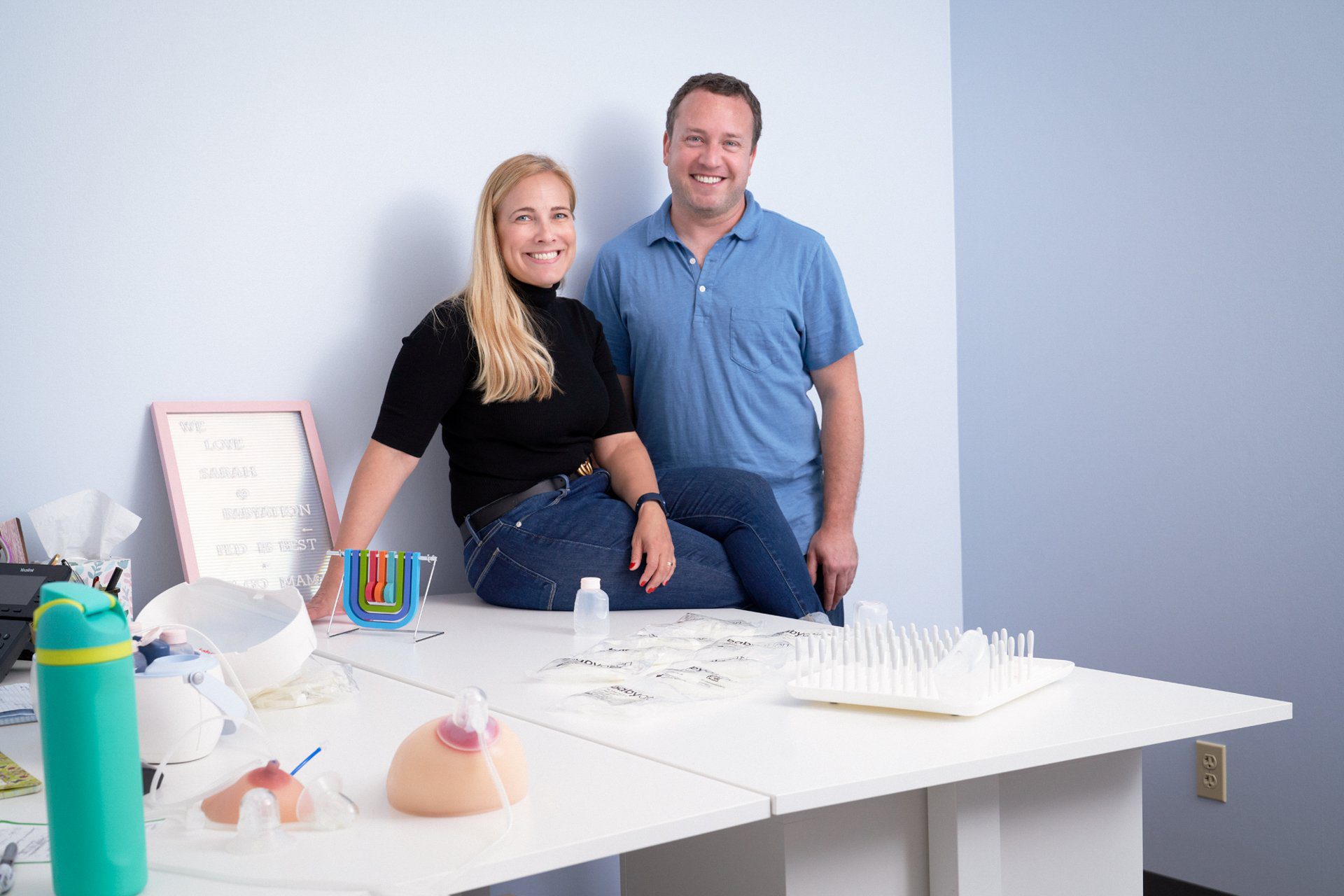 Samantha Rudolph knew that one day she wanted to be a mom. However, when she read an article in The New York Times in 2014 titled, “Shouldn’t the Breast Pump Be as Elegant as an iPhone and as Quiet as a Prius by Now?” she saw her future flash before her eyes — and she didn’t like what she saw.

“I turned to my husband, Jared Miller, woke him up and climbed up on my soapbox,” recalls Rudolph. “Jared is a very good engineer, and he opened up one eye and said, ‘Oh, breast pumps aren’t that complicated; I can build one.’”

But building a breast pump was not necessarily part of this couple’s big picture plan.

“I was at ESPN for nine years, and Jared was on the engineering side of television — we had great jobs,” says Rudolph. “We were really happy. I had no intention of ever doing anything more with it. But over the course of that next year we just kept seeing articles that talked about the shortcomings of breast pumps. Then we started having friends that had kids, so we were able to socialize first with our friend group and then with strangers and ask, ‘Is this a problem? Would this be a solution?’”

Since the couple saw the potential for innovations within the industry, though — first with the fall 2014 MIT Hackathon delightfully dubbed, “Make the Breast Pump Not Suck,” and then with a leader in the industry promising to launch a new product — they thought their spot on the sidelines was sincerely sufficient.

“We thought our idea of quiet, discreet and smart was so obvious that someone was going to do it,” says Rudolph. “But no one came up with this concept. After six months we said, ‘OK, let’s dip our toes a little further.’”

The dip, though, ultimately unfolded in the form of a divine dive into the deep.

“We organized the company, filed a provisional patent and then started getting grant funding,” says Rudolph, who co-founded Babyation — a startup that creates products for moms, beginning with a revolutionary breast pump — alongside her husband, Jared Miller. “We eventually got enough grant funding and then received an Arch Grant.”

The $50,000 Arch Grant ultimately brought the then-Connecticut-based couple back to Rudolph’s hometown of St. Louis in the fall of 2015 to further build Babyation.

“If you want to breastfeed your baby, but you need to be away from that baby for more than a few hours at a time, a breast pump becomes a necessity,” says Rudolph. “It’s not an option. It’s not a luxury. It’s a supply and demand thing. So to really see like, wow, dairy cows have newer technology than human women, and still do in many cases – that’s absurd. And that sparked a lot of outrage.”

It also kickstarted the couple’s six-year journey to get Babyation’s breast pump to market.

“Breast pumps are medical devices, so the good and the bad about a medical device is that you can’t spin them up overnight,” says Rudolph, who is now a mom of two (Babyation’s Chief Kid Officer and Chief Toddler Officer, respectively). “Which is great as a person using a medical device; but what it means for a founder is that you have this really long development process.”

The process includes design and development before facing the FDA for testing and clearance, before actual manufacturing could even begin.

“All of these steps take years separately from each other, so when you combine them there’s no breast pump that’s coming to market in a month — it’s just impossible,” says Rudolph. “Our path was fairly short in the grand scheme of medical devices, but it feels long when you’re in it.”

But the wait is over, as Babyation’s pump officially launched for online sales in April 2022. And the first review started the business off with a bang.

“I vividly remember someone calling me, I was driving at the time, and she said, ‘Hey, did you see the review?’” recalls Rudolph. “I said, ‘no,’ and she read it to me. The reviewer had said that she tried 16 pumps before ours, and ours was the best. I just pulled over on the side of the road and started crying because that was six years of our lives that went into that one person’s review. Six years of our lives moving to a different state, moving in with my parents. That was time away from our kids, time away from our friends, time away from everything but the business. So to have that as our first review meant more than I can ever say.”

And the rave reviews have kept coming, highlighting the features that make Babyation’s pump an anomaly within the industry.

“First is that we have the world’s smallest and lightest threshold, which means that we minimize what’s on the body,” says Rudolph. “The breast shields are made of a soft silicon, and we have patented pneumatic technology; because of that we’re able to create a suction that very closely mimics that of a baby, so it feels unlike any other pump. That’s the number one thing that we hear from people when they use it for the first time.”

But Babyation goes beyond discreet and gentle.

“We envisioned the breast-pumping process from start to finish,” says Rudolph. “We also wanted to make sure what you’re pumping into is optimized, so we have a built-in ice pack to keep the milk cold while you’re pumping. We have the fewest parts to clean at the end of the day when you’re tired.”

Thinking through every part of the pumping process and improving it is key, since it’s estimated that women who breastfeed their infants for the first year spend 1,800 hours doing so — just shy of the 1,960 hours a year required of a 40-hour workweek job with three weeks of paid vacation.

The accompanying app, though, is Rudolph’s favorite part of the pump, because it helps eliminate some of the mental load of breastfeeding.

“You can see in real time how much you’ve expressed, you can control the suction and there’s also a way to see how much milk you pump into your history and your inventory,” says Rudolph. “So you can see if you’ve got milk in the fridge or milk in the freezer, and there’s an auto start feature so if I like to pump at 1 p.m. and you and I are talking at 12:30, I can schedule it to just start pumping and then I don’t have to worry about it. You’re not like, ‘Oh my God, do I need to pump — is it time yet?”

While these features may not seem remarkable, given technology’s advances in many other industries, they are a significant and needed departure from the typical pumping process. Women navigate their postpartum return to work with many challenges, including workplaces that may not have facilities or cultures to support pumping —and anything that makes that transition easier (like a pump quiet enough that you can use it during a Zoom call) is one that allows for more equity in the workplace.

Babyation's pump includes an ice pack in the case, eliminating the need for a separate cooler bag. Photo by Jennifer Silverberg.

This popular pump, though, also comes with a pretty price tag ($499), which is why the couple also felt called to create its Giving Back program.

“We understand that technology can be pricey,” says Rudolph. “And if we had unlimited powers of the world, breast pumps would be free — and, by the way, they are free through insurance, but insurance isn’t covering any of the new technology. We have no control over insurance reimbursement, but what we can do is give back.”

Those interested in the Giving Back program can simply apply via the Babyation website. Applications are reviewed and then rewarded every quarter.

And the final assembly of the pump is happening in St. Louis, with women making up the majority of Babyation employees.”

“I think one of the things that I’m most proud of is that our team is almost all women, it’s almost all parents,  and a lot of our team is moms that are rejoining the workforce after taking some time off for childcare,” says Rudolph.

“And we were originally not planning to manufacture here, but an opportunity arose last year that turned out to be really great,” says Rudolph. “In a lot of ways we’re immune from some of the supply chain and manufacturing capacity challenges because we’re in control of our own destiny. As we talk right now I’m actually pacing one of our warehouses, which makes me extraordinarily happy. One, because it means that we have lots of pieces that we can ship, but also it’s a physical testament of what we’ve done.”

Babyation is located in Maryland Heights. Photo by Jennifer Silverberg.

Which, ultimately, is to advocate for moms.

“My number one tip to anyone thinking about starting a company is that you have to know why you’re doing it,” says Rudolph. “Because there are going to be good days and there are going to be bad days … you have to know why you’re doing it and why you’re pouring your blood, sweat and tears into it. And, for us, it’s always been the moms. Having moms as our north star has just been so important for us on this journey. If we weren’t truly, in our way, fighting to make their lives better, I don’t think this company would still be here.” 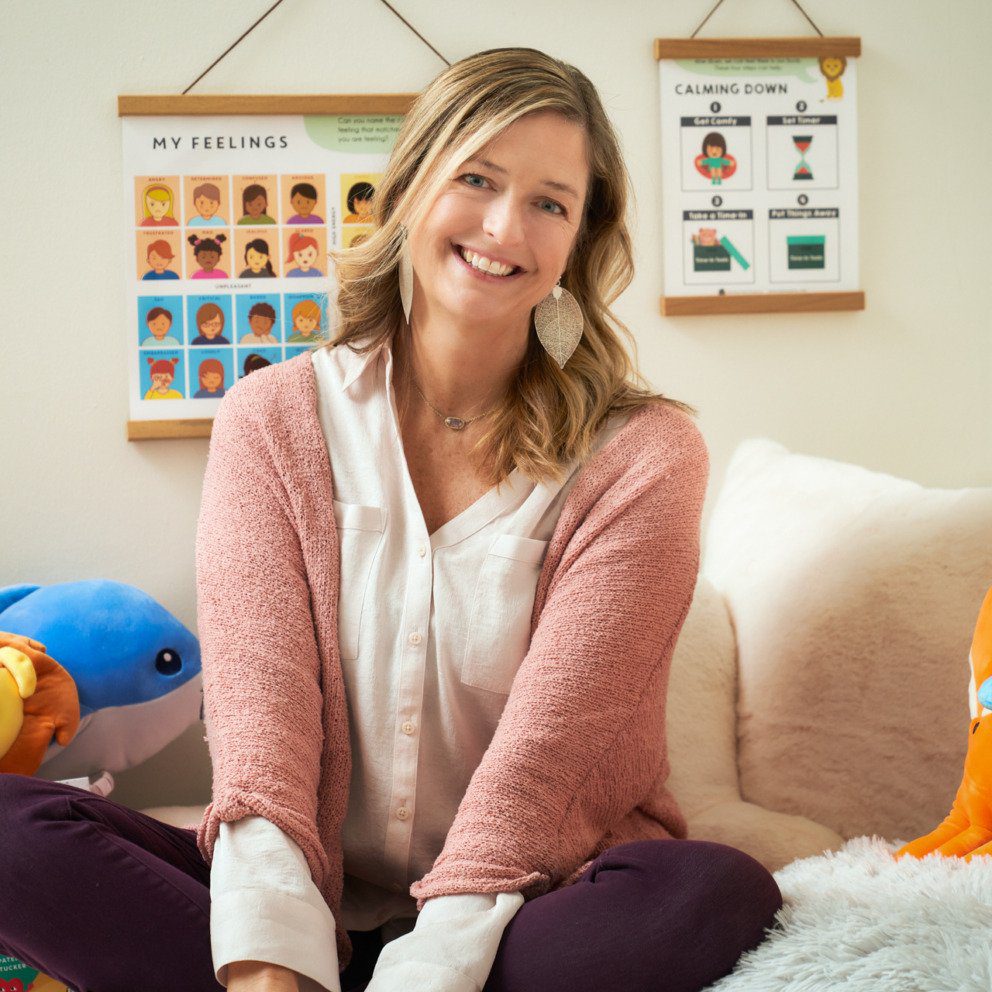 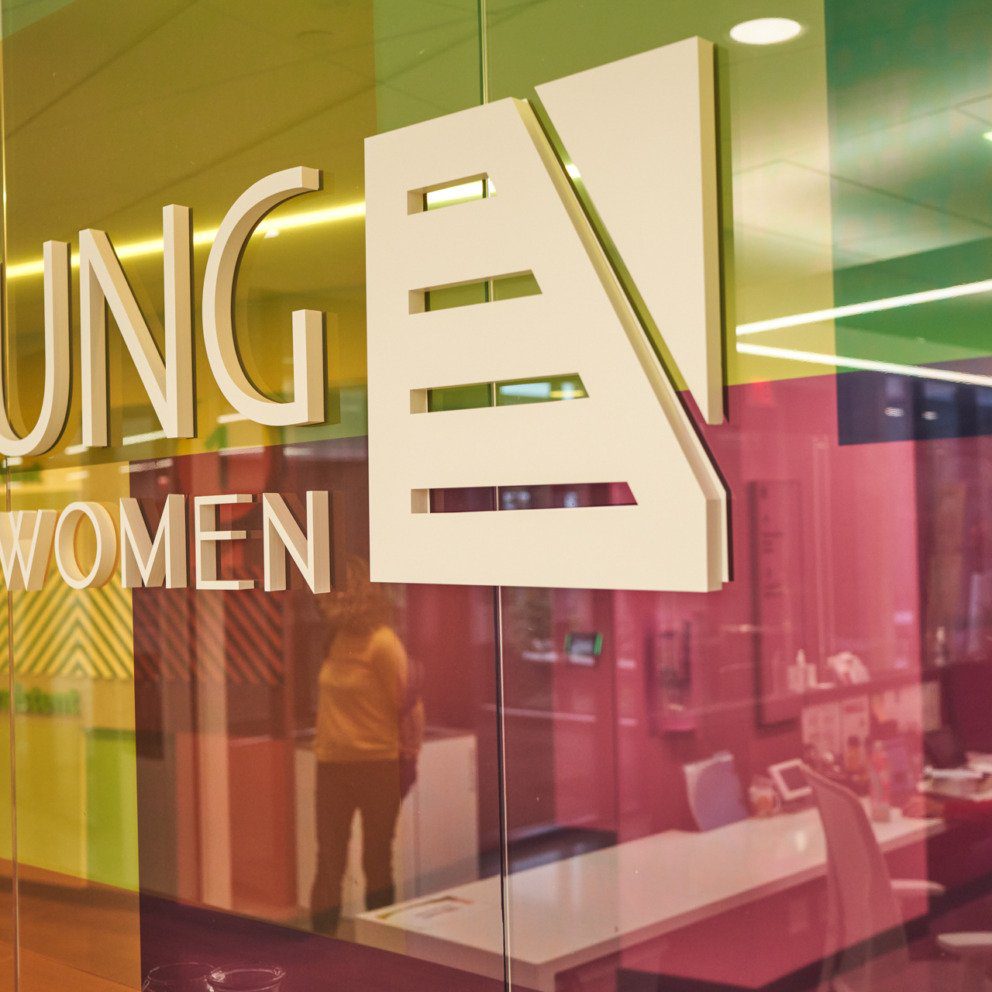 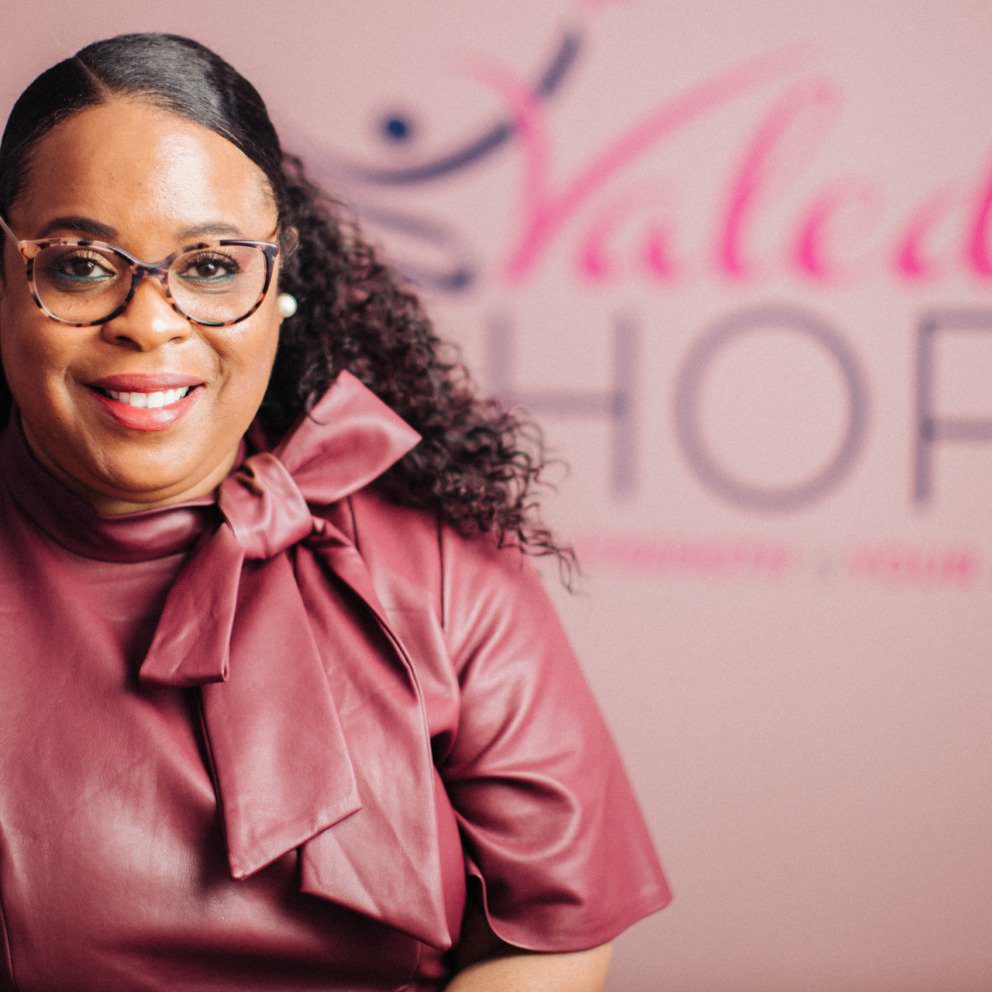 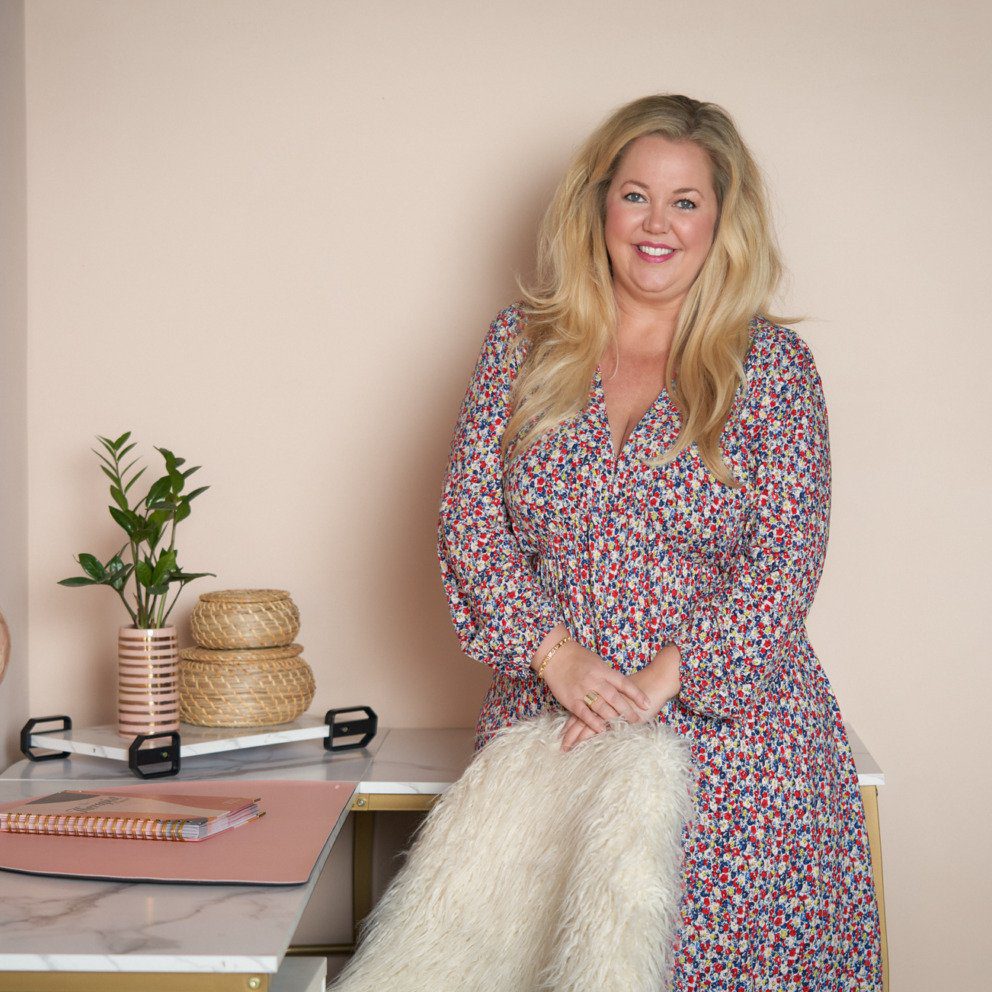 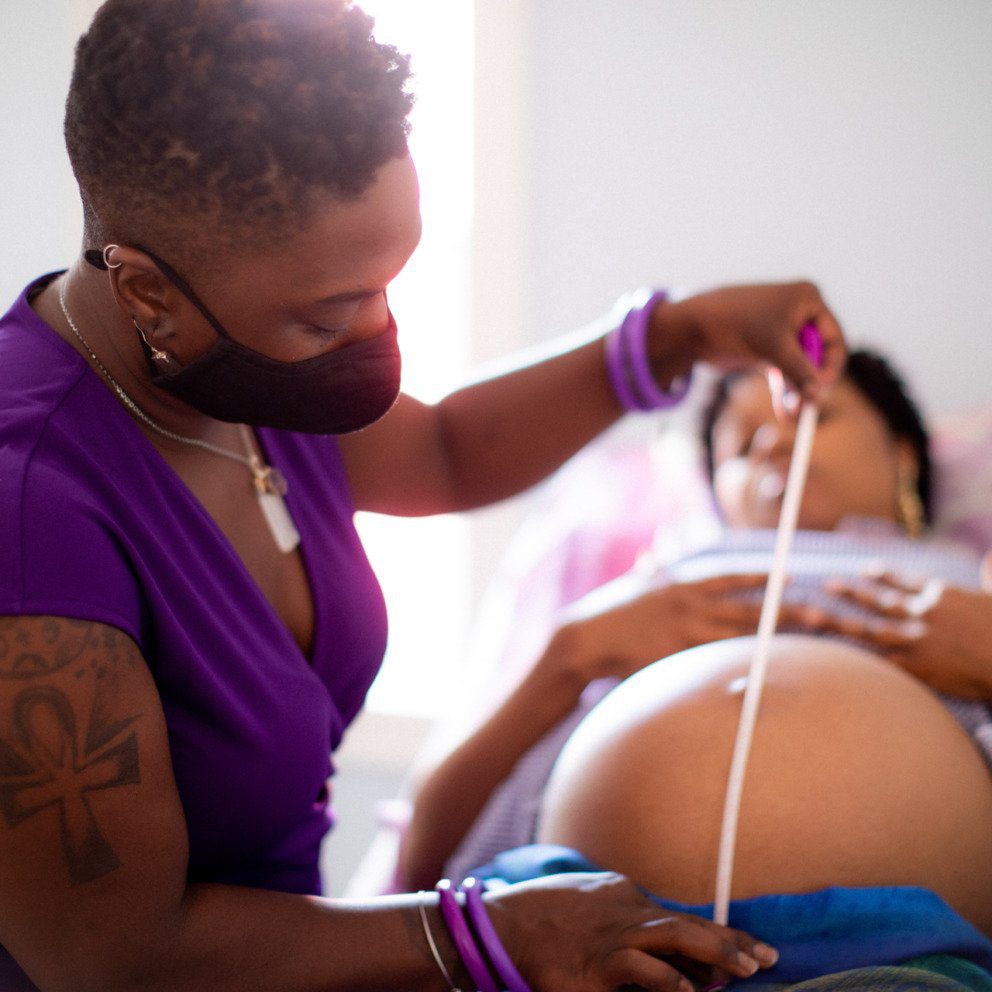