Around the Dream Builders 4 Equity job sites, Rob McCulley is referred to as Mr. Before and After. The lead contractor responsible for both mentoring the program’s participants and managing its general contracting duties, McCulley has been at the forefront of the dramatic changes that have occurred to the distressed buildings that are a focal point of the organization’s mission. In his mind, having this tangible way to show kids what is possible gives them a framework for embracing the possible in their own lives and communities.

“I show them a lot of the before pictures and they’re just amazed,” McCulley says. “Here it is: You have a caterpillar, and it comes out to be about a butterfly. That’s the kind of before-and-after effect that they’ve nicknamed me ‘Mr. Before and After’ for. I accept it because I love the fact that they can see and respect the change, the transformation. And it’s not easy. Sometimes there’s a fight in between. We don’t know what actually happens inside of the cocoon when the caterpillar is transforming. But we know what’s going on in these houses and that’s why they gave me the nickname, and I wear it with a badge of honor.”

McCulley may be talking about what occurs inside the houses he spends his days rehabbing, but the real changes he and his team are sparking go far beyond those four walls. At its heart, Dream Builders 4 Equity is about transforming lives both at the individual and community level, a mission that founders Neal Richardson and Michael Woods believe can have a major impact on the trajectory of North St. Louis City.

Throughout their careers in real estate and community development, Richardson and Woods were struck by just how much the divestment in distressed neighborhoods such as Hyde Park was not only impacting property values – it was impacting the way residents valued themselves. These negative realities and perceptions reinforce one another, creating a feedback loop that was difficult to break without serious investment deemed too risky for developers motivated solely by profit. That’s where they stepped in.

“The plan is for us to be extremely visible in these communities,” Woods says. “And the reason that we want to be visible is because we want to change the narrative about North St. Louis City. We want people to have pride and see the actual value, and you’re going to see that value when you see other folks investing. Our job as an organization is to invest those initial dollars and show other folks, ‘Hey, this is working.’”

When Richardson and Woods founded Dream Builders 4 Equity in 2017, it was immediately clear to them that they needed to work at the neighborhood level, rather than rehabbing individual houses here and there, to bring about the community-wide transformation they were hoping to achieve. Settling on Hyde Park as their test case, they began buying properties in the area, working alongside McCulley to turn abandoned and distressed buildings into valuable assets for the neighborhood. Using the contracting work as a mechanism by which at-risk youth could earn money, equity and professional development skills, the program is a holistic approach at community development that breaks the cycle of disinvestment.

“The difference between having just one project in the neighborhood versus a full community development plan is the holistic impact that it drives for that neighborhood as a whole,” Richardson says. “When you rehab one house in a community, it provides a house, it provides opportunity for that family to thrive. But when you have a holistic plan, it creates greater opportunity for that whole community and that whole neighborhood to benefit from that investment…We’re actually building wealth for that community, because their home values are increasing, the appraisals are going up, the opportunities for the residents to have social services for them to be able to benefit from the jobs that are now coming in that really creates economically sustainable communities.”

Dream Builders 4 Equity has an ambitious plan for Hyde Park. Over the next five years, Richardson and Woods plan on investing $5 million into the neighborhood by rehabbing 25 vacant properties, renovating 25 currently occupied homes, building a community center and developing a chess park with their chess-focused sister organization, Black Squares. They are hopeful that these improvements will change the narrative about the neighborhood by allowing people to see its value and worth – something particularly impactful for the youth in the program.

“Being able to work in the communities that we have grown from, lived in all of our lives and being able to once again, pay it forward and actually take what we’ve learned and bring it back to these communities and help build them up again – It’s beautiful,” says Gerald Burton, one of the Dream Builders 4 Equity apprentices. “All the time I’m hearing about the history of St. Louis, how beautiful it used to be, how it was one of the best places, it was a booming market at one point in time where St. Louis was the gateway to everything. I don’t hear about that anymore. We hear about all the negatives and we don’t hear too much about the positive.”

The most immediate way both the participants and community at large can see that positive change is in the form of increasing property values, something that Richardson and Woods hope will serve as a step toward closing the racial wealth gap that exists in Hyde Park and the United States at large. According to Richardson, Black households in the U.S. have an average net worth of $17,000 compared with White households, which average around $170,000. By increasing the home values in a predominately Black neighborhood such as Hyde Park, the organization is helping to increase wealth accumulation for Black families in a focused and intentional way. Coupled with the financial literacy component of the program – all participants are given a bank account and financial education training when they come on board – the plan is for everyone touched by Dream Builders 4 Equity to be better positioned to increase their net worth, setting a foundation to build generational wealth.

Richardson and Woods understand the implications of their efforts. The pair see the potential for Dream Builders 4 Equity to be a model for other neighborhoods throughout the city, and even country, and they view Hyde Park as a playbook for other areas that face similar challenges. Once they have their systems in place, they plan to extend their program, always mindful of their mission to transform communities by empowering those within them to realize the full potential in themselves and where they live.

“For them, this is about being able to have a support system to build those dreams into reality and to realize those things, and then being able to share those experiences with others,” Richardson says. “It’s a ripple effect, ultimately, that we’re aiming to drive, and we really believe that we’re building something very special because of the compounding impact that this program will have generation after generation. And it’s not just focused on St. Louis, but we want to have a great story about how St. Louis created the model that changed the world.”

This story is the third and final in a series; be sure to check out Part 1: Dreaming Big and Part 2: The Courage to Dream. 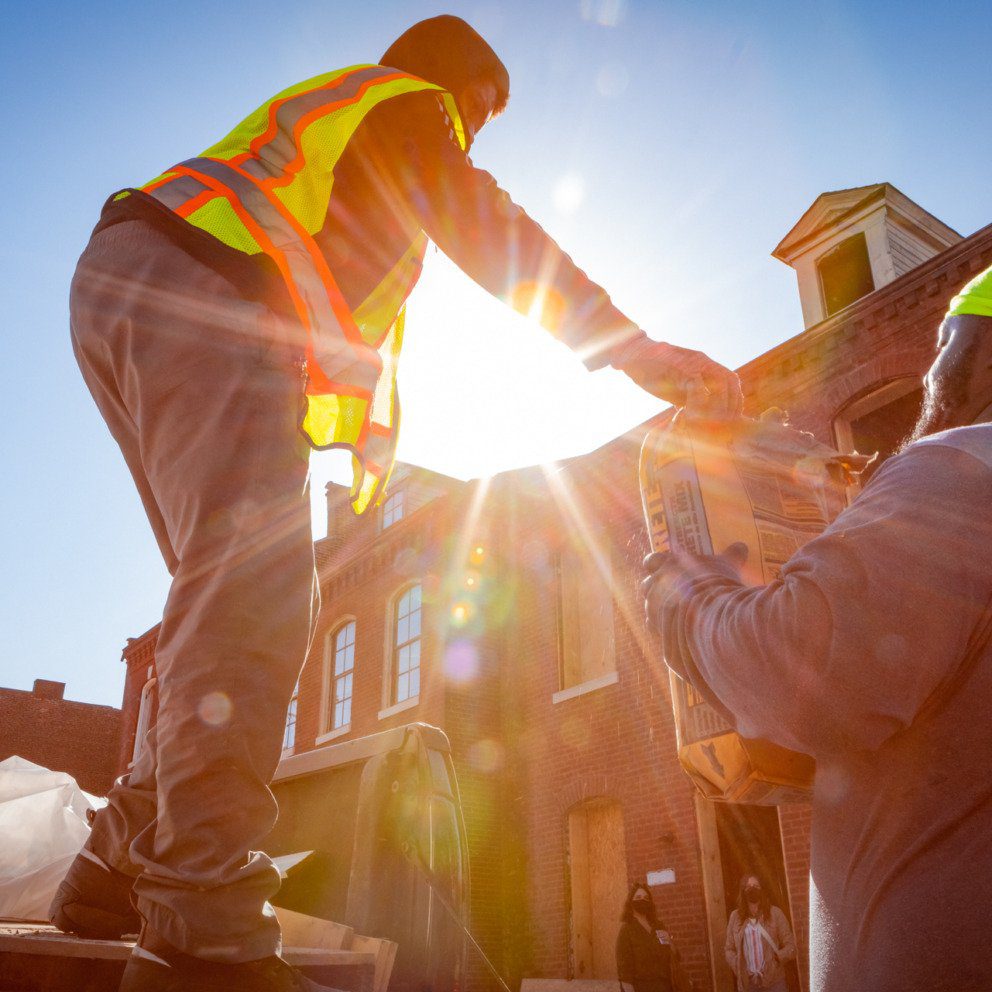 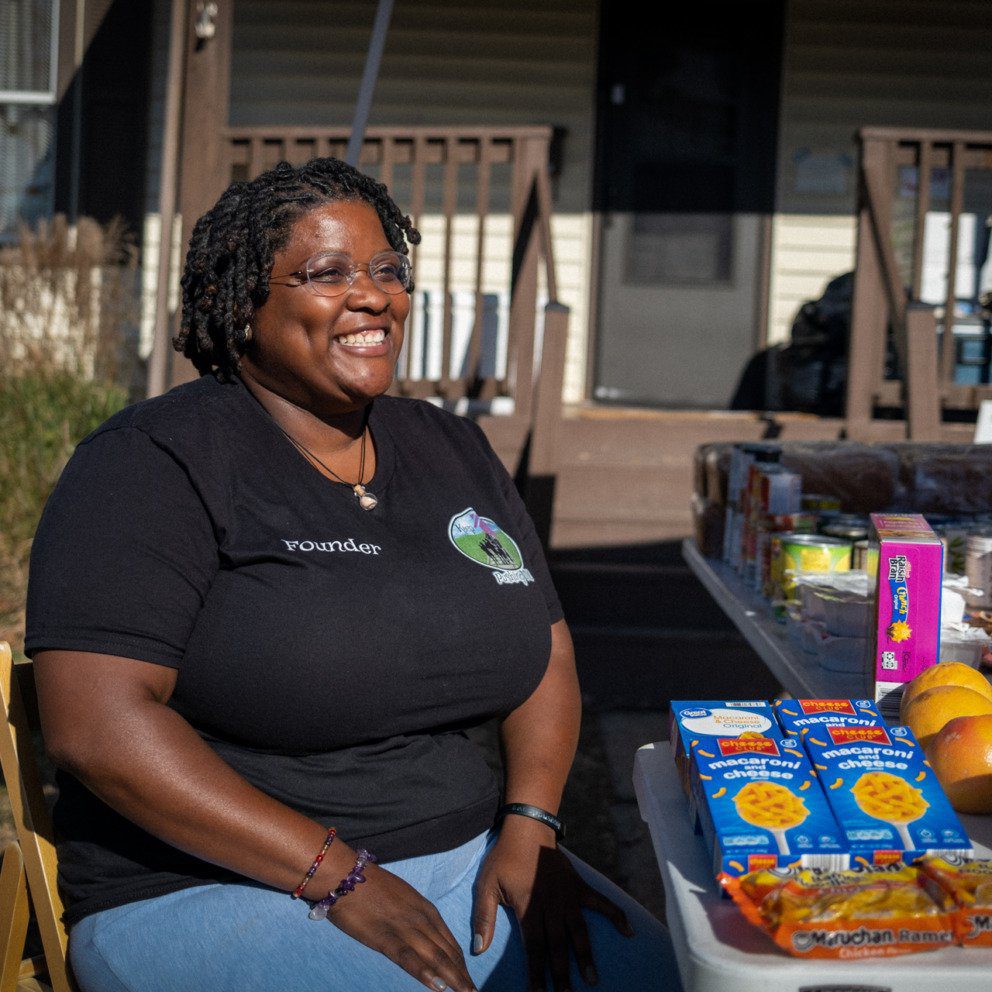 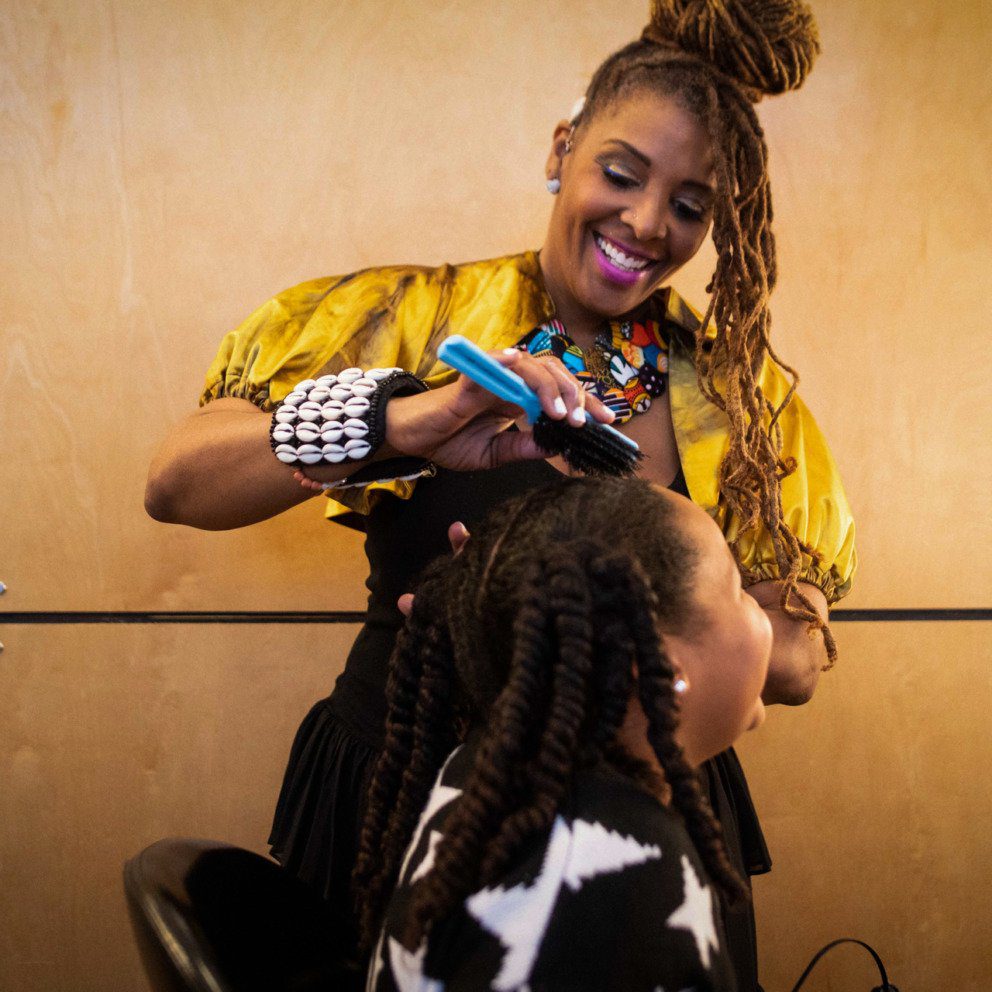